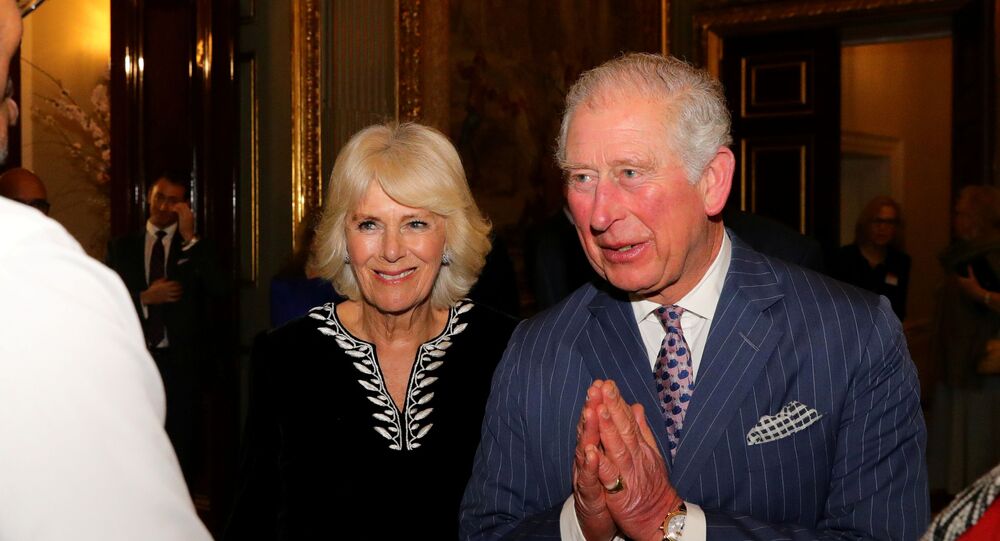 The eldest son of Elizabeth II, Prince Charles, has just left self-isolation after testing positive for coronavirus on 25 March. As of 3 April, there are still more than 34,000 registered cases of the infection in the United Kingdom, according to Johns Hopkins University data, and fewer than 200 people have recovered from the infection so far.

Prince Charles, the heir apparent to the British throne, is about to open the brand-new NHS Nightingale hospital to treat patients with COVID-19 who require intensive care, the UK media reported, citing Clarence House. Prince Charles, who has just left self-quarantine after himself recovering from a mild case of COVID-19 still remains in his Birkhall residence in Scotland but will conduct the ceremony on Friday through videolink.

© REUTERS / Victoria Jones/Pool
Britain's Prince Charles is Out of Self-Isolation and in Good Health
The opening will, however, be attended by UK Health Secretary Matt Hancock, who has also tested positive for coronavirus and has recently left self-isolation, and the chief executive of NHS Nightingale Professor Charles Knight.

They will be joined by a small group of medical staff and the Ministry of Defence during the opening ceremony.

The NHS Nightingale was erected in just nine days at the London-based ExCel conference centre, the Guardian reported. It is initially expected to provide up to 500 beds for intense COVID-19 patients, as 80 units with 42 beds each would be equipped with ventilators and other medical supplies. The capacity of the temporary medical facility can then be extended to accommodate up to 4,000 patients, according to reports.

“It’s nothing short of extraordinary that this new hospital in London has been established from scratch in less than a fortnight,” said NHS England Chief Executive Sir Simon Stevens, as quoted by the Guardian. “Now we are gearing up to repeat that feat at another four sites across the country to add to the surge in capacity in current NHS hospitals.”

© REUTERS / PAUL CHILDS
Members of the Military outside the NHS Nightingale hospital as the spread of the coronavirus disease (COVID-19) continues, London, Britain April 2, 2020

Similar urgent medical facilities are now expected to be built in Manchester, Birmingham, Yorkshire and one site in the south-west England. While the planning for London-based NHS Nightingale involved military personnel, with up to 200 soldiers working every day alongside medical staff and contractors, it is not clear whether this exact experience will be mirrored in other locations.

According to the recent data from Johns Hopkins University, there are currently more than 34,000 confirmed coronavirus cases in the United Kingdom with almost 3,000 registered deaths. Only 192 people have recovered from COVID-19 so far, as per data provided on the morning of 3 April.