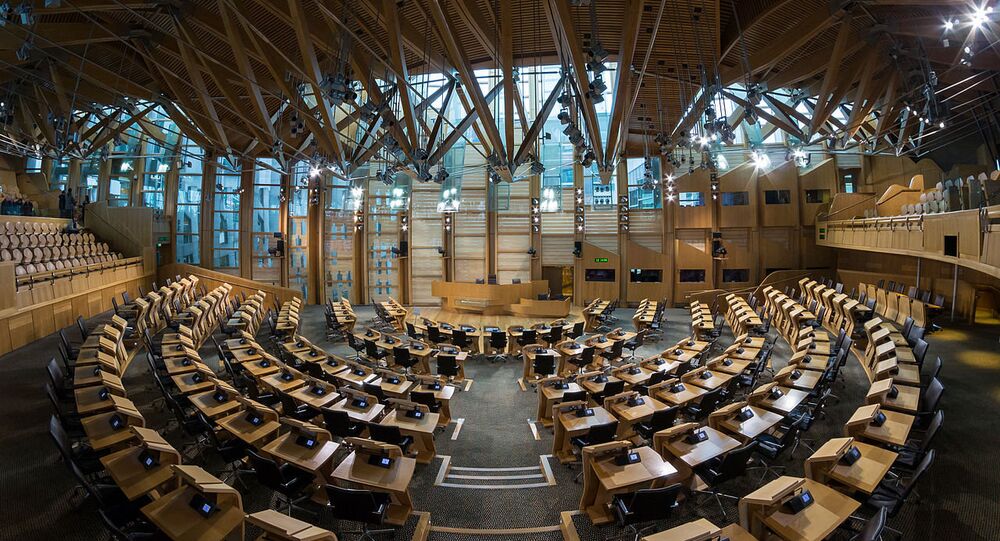 The Scottish Government has come under intense pressure after it proposed sweeping changes to rights and procedures within the legal system, in the name of maintaining the administration of justice under the extraordinary circumstances of the COVID-19 lockdown.

In a decision which was roundly celebrated across the legal profession, the Scottish government has, albeit temporarily, withdrawn the most controversial part of its Coronavirus (Scotland) Bill, which would have abolished the 600-year-old right to trial by Jury.

​On 31 March 2020 the Scottish government announced its attempts to fast-track the emergency rule changes, which it scheduled to be debated, finalised and then passed into law on the following day - 1 April.

On the same day the bill was introduced into the Scottish parliament, award-winning Scottish solicitor Aaemer Anwar blasted the proposed law via Twitter as an "unacceptable attack" on the Scottish justice system which would do away with the 600-year right to trial by jury "a week after lockdown". He also called it "summary justice on the cheap in most serious cases".

Minister of Justice of the Scottish Executive, Humza Yousef, responded to the remarks on Twitter, characterising them as "unhelpful". Yousef also added that he was, "pleased that most of the legal community has been more nuanced".

​But the pushback against the Coronavirus (Scotland) Bill was no less forceful from other legal experts and professionals.

“...these draconian measures seeking to bring about seismic changes to our system of justice are premature, disproportionate and ill-advised", the Scottish Criminal Bar Association (SCBA) wrote in their response to the proposals.

"They are at best a knee-jerk reaction to an as yet unquantified problem instigated by panic or at worst, something far more sinister", they added.

The Glasgow Bar Association concurred saying that jury trials have, "stood the test of time for hundreds of years, through good times and bad", and that there was "no need" to abandon them now.

This idea that the country has gone through other crises without jury trials being suspended or abolished has been repeated over and again.

The UK similarly chose to maintain the jury system during World War 1 and World War 2, even when the Kingdom faced the real risk of full-scale invasion and was being bombed on a daily basis.

Anwar, who is a well-respected criminal defence lawyer, is one of the few lawyers to have also acted on behalf of the families of murder victims. He addressed the government's argument that it had the support of the charity Victim Support Scotland, saying that he knows, "how important it is for families to see justice done" and that most would prefer to wait for jury trials.

He put the right of a defendant to trial by jury into its historical context explaining that, "[f]air and impartial trials by a jury of one’s peers is a sacred right enshrined in our justice system. Under the Magna Carta in 1215, it stated a king could not imprison a freeman without being convicted by a trial of his peers, the principle which established ‘trial by jury’".

The President of the Law Society of Scotland also added his voice to the mix saying:

"We fully appreciate the desire to avoid any backlog in cases which might interfere with the proper administration of justice. However, we have not reached that point and so there is not sufficient justification to warrant trials without jury for serious criminal offences. We believe the case for taking such an extraordinary measure has not been made.”

Anwar pointed out that Brian McConnachie, formerly one of Scotland's most senior prosecutors, also came out strongly against the proposals.

“of the 35 High Court judges only 10 are female. At least 21 of them are between the ages of 60 and 70, the majority are over 50. There are no ethnic minority judges, there are more Edinburgh University graduates than anywhere else. A number of them have graduated from Oxford or Cambridge", McConnachie pointed out.

He added that, "Many of them (if not most) were educated at private schools. Almost all of them have lives which are steeped in the law and nothing else. Many of them have been prosecutors].

"What is being suggested", McConnachie said summing up, "is that these are the people who should have the power to determine the facts which may condemn an accused to life imprisonment".

​And so it was perhaps unsurprising, that, in under 24 hours, the Scottish Minister of Justice announced that the executive would be withdrawing the Schedule 4 Part 5 of the Bill, which allow trial by jury to be dispensed with. However, the government will nonetheless re-introduce the proposal, to be debated as a standalone law, on 21 April 2020.

Richard Haley, of the Scotland Against Criminal Communities advocacy group - which specialises in the application of terrorism laws, argued that emergency periods are an opportunity to build upon the current legal infrastructure. "The difficulties of empanelling a jury are not the only obstacles to conducting a trial during the pandemic", Haley said, suggesting that eliminating juries shouldn't be seen as a "short cut" to solving the problem.

"If the crisis is short-lived - a couple of months or so - it can be managed by extending time limits", he pointed out, adding,"If the crisis lasts longer, there is time to make alternative arrangements".

Alternative arrangements could include, "modifying courts to facilitate distancing, building new courts, or making arrangements for online or partially online trials". He said that while such changes would be challenging, they would be, "no more so than other changes being made in our society".

The Scottish parliament has completed the first stage of the processes of bringing the bill into law, with the following two stages expected to be completed by the end of the day.