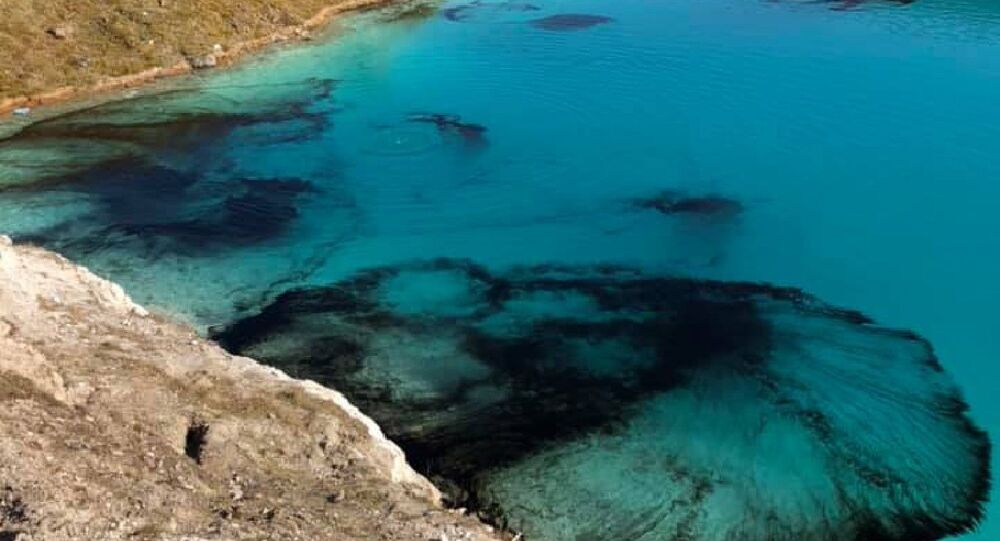 In a bid to keep visitors away from the picturesque “Blue Lagoon” quarry lake, law enforcement officials in Buxton, England, recently opted to dump buckets of black dye into the once-Instagrammable crystal blue waters.

In a Facebook post issued Wednesday, officials with Buxton Police SNT noted that the measure was taken up after they received reports of multiple individuals “congregating” at the site in Buxton’s Harpur Hill village.

“No doubt this is due to the picturesque location and the lovely weather (for once!) in Buxton. However, the location is dangerous and this type of gathering is in contravention of the current instruction of the UK Government,” reads the post. “With this in mind, we have attended the location this morning and used water dye to make the water look less appealing.”

Photos shared by the local police branch capture something of an eerie scene as the dye reaches out and encompasses the entirety of the quarry lake’s boundaries. Officials indicated in the post that such an operation is a “regular tactic” used by fellow government departments.

It’s worth noting that this isn’t the first time that the serene body of water has been dyed to keep visitors away. According to Buxton officials, the tactic has been employed on several other occasions.

While the lake has drawn comparisons to Caribbean bodies of water due to its color, the site itself is far from a tropical paradise.

The BBC reported in 2013 that the quarry lake contains trashed car parts, dead animals and has a pH level of 11.3 - 10 units less than that of laundry bleach and basic enough to cause skin irritation. And unlike the water of the Bahamas, the lake’s temperature is “extremely cold,” a spokesperson for the High Peak Borough Council told the outlet.

At the time, Rachel Thomas, a local business owner, told the BBC that efforts by the Buxton police to dye the water had made a difference, and that folks “don’t think they’re on holiday in the Bahamas any more, they know they’re in Harpur Hill.”

The move by Buxton officials comes days after UK Prime Minister Boris Johnson, who has tested positive for COVID-19, issued stay-at-home orders in an effort to slow down the spread of the novel coronavirus.

According to data collected by Johns Hopkins University, there are more than 25,000 confirmed cases of the coronavirus in the UK, with nearly 180 individuals having recovered from the respiratory illness. More than 1,700 people have died in the UK after contracting the virus.