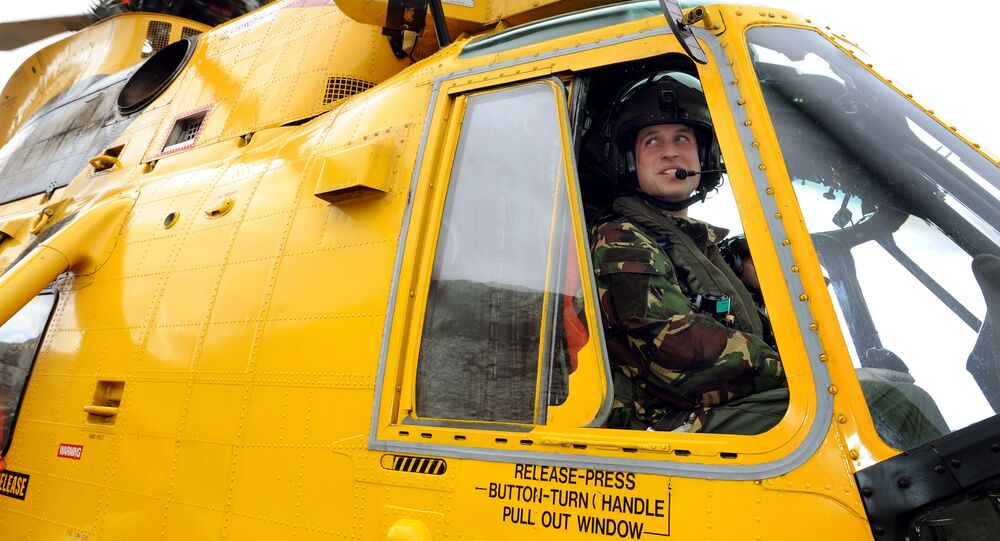 While the UK could remain under coronavirus emergency measures for as long as six months, per a top health official, Prince William, one of the few royals that continue to perform state duties, albeit in self-isolation, has been "seriously considering" more tangible efforts in the nationwide battle against the pandemic.

Prince William is said to have expressed a wish to again join the NHS as an air ambulance pilot to contribute to the battle against the coronavirus, The Sun reported citing sources.

“William has been seriously considering returning as an air ambulance pilot to help in the current pandemic", a source told the edition, adding there are reasons for this: "He knows the whole country is doing its bit and he wants to help. But it’s complicated as he was originally grounded from the job so that he could become a senior working royal".

The latter role, the source asserted, is even more crucial now that the rest of the royals are in no position to fulfil theirs as “Charles has been ill, Harry has walked away with Meghan, and Andrew has been effectively barred from public life".

© AFP 2020 / Chris Jackson
Britain's Prince Charles (R) and his son Prince William walk back to the RAF Rescue base after Prince William showed his father round his RAF Rescue helicopter at RAF Valley on July 9, 2012, in north-west England

William, who did a two-year stint as an ambulance pilot flew medics to emergencies in 2015-2017, “is very keen to do anything he can to help", the source admitted.

According to governance lead and call-handler Tracy Pidgeon, William was really inquisitive when he spoke to workers at the Croydon 111 call centre in south London earlier this month. “He was asking about how busy we have been, and what shifts everybody was doing".

“We were saying everybody was working really hard. He misses the helicopter, being on the front line. He just said he misses it", Pidgeon recounted.

William is currently staying in Anmer Hall, Norfolk, along with his family - the Duchess of Cambridge and their three kids. Prime Minister Boris Johnson, who quarantined himself after showing mild corona symptoms and testing positive for the disease, announced a nationwide three-week lockdown, although there are concerns the emergency may span longer.

England’s deputy chief medical officer Dr Jenny Harries, for instance, brought up a “complete lockdown for six months": “We anticipate our numbers will get worse over the next week, possibly two, and then we are looking to see whether we have managed to push that curve down and we start to see a decline", she told journalists on Monday.

She called the nation to continue to shoulder the responsibility and take precautions: “As a nation we have to be really, really responsible and keep doing what we're all doing until we're sure we can gradually start lifting various interventions".

Across the UK there are more than 22,000 (rise of over 2,600 in the past 24 hours) confirmed cases of the coronavirus, but the actual number of people with the respiratory infection in the country is estimated to be much higher, according to the Department of Health and Social Care. At least 1,408 corona-related deaths have been registered so far.

The new coronavirus, which causes the respiratory disease known as COVID-19, was first confirmed in the UK at the end of January, while the very first cases of the infection were registered in China’s Wuhan in mid-December.

‘I Want Everyone to Play on the Team’: Prince William Reveals How He Feels About Megxit - Reports