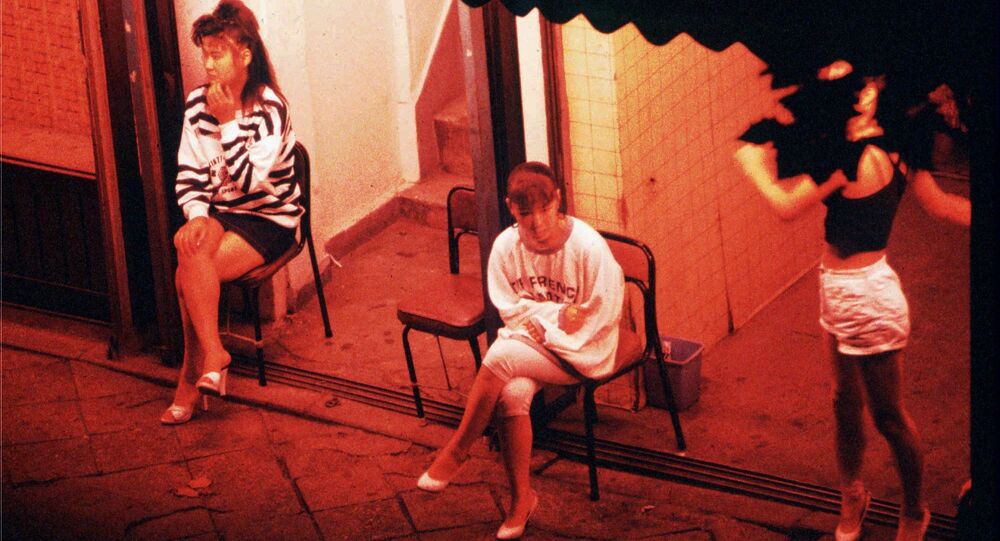 The development comes as Stephen Powis, a senior UK health official, said that Britain would do very well if it manages to keep the death toll from the infectious disease below 20,000. Some 1,019 have died from the COVID-19 virus across the United Kingdom.

Prostitutes in the United Kingdom seem to be ignoring the government-imposed lockdown and are offering their services despite the fact that authorities have ordered members of the public not to go outside except to buy food and medication. According to the Daily Star, dozens of sex workers on the website Adult Escort are ready to visit people in self-isolation, charging more than $120 dollars for an hour. One night butterfly made it clear in her profile what she thinks about the government’s efforts to curb the spread of the coronavirus.

"Fingers up to Johnson and his stupid message. They shall not encroach on our liberty. Loophole: you can still come to mine for therapy. It’s necessary for your health. You need that message", wrote one sex worker, adding that she was happy to travel to any address in the city of Cardiff.

Another call girl said who charged more than $300 for a three hour "outcall" romp with spanking, said she had discovered "Coronasutra" in her isolation, which she was willing to teach. Yet another claims to provide a "heavy-squirting cure against viruses".

The development comes as the number of confirmed cases of coronavirus in the United Kingdom has risen to more than 17,000. Europe and the United States have become the epicentre of the COVID-19 outbreak, which originated in China. Authorities in the city of Wuhan, where the pandemic started, have reopened the city, which was closed for more than two months. Chinese authorities said on Saturday that they had recorded only 54 new cases, all of which, they claimed, were imported.