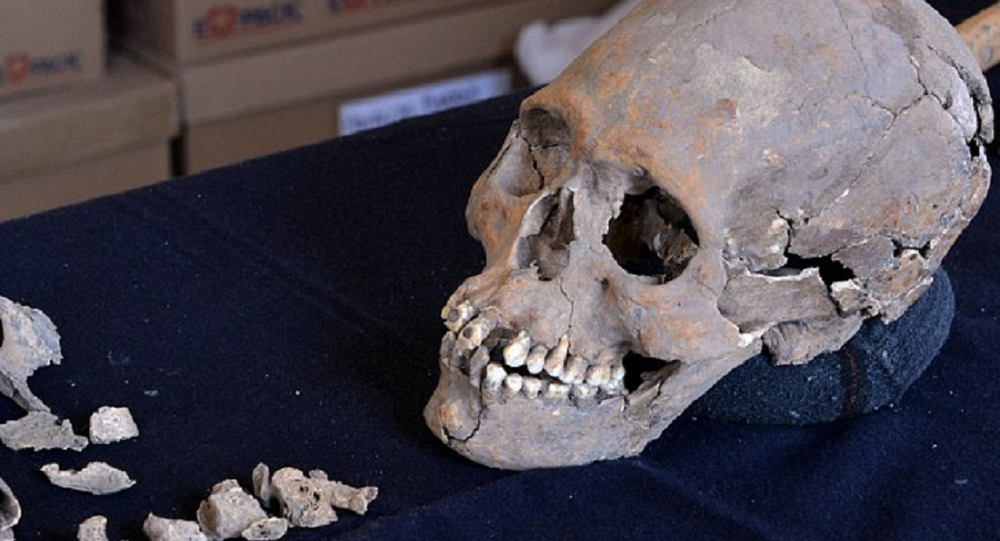 Stressful Life Events Such as Imprisonment Can Be Identified in Teeth, New Research Reveals

Human beings are the only mammals which continue to live after they stop being fertile. New research studying a substance which covers the roots of teeth may aid in proving a long-held theory about the evolutionary origins of long-term child rearing.

Indications of stressful periods in a person's life can be observed through studying permanent marks in tissue, a Scientific Reports publication revealed on Wednesday.

“We didn’t know that a portion of our organism served as such faithful biological archive for the entirety of life,” said New York University's Paola Cerrito, co-author of the research.

The phenomenon can detect events such as birth, menopause, and even imprisonment, and is similar to the way age and the environment of trees can be determined through annual rings in the wood. In teeth, the way tissue interacts with light can provide observers with key insights into a persons past.

Writing in the journal, Cerrito and colleagues say that they analysed 47 teeth from 15 modern, deceased individuals, taking multiple samples of teeth from 9.

Cerrito and her colleagues looked at cementum, a substance which continuously grows over the root of a tooth throughout an individual's lifespan, as opposed to studying tooth enamel, which forms layers over time but ends after teeth are fully formed.

Using polarised light microscopy to observe the tooth, the team discovered that interaction of the cementum with light was inconsistent throughout the tissue.

After considering the age of death and the thickness of the cementum, the team found that distinct changes appeared to align with the timing of particular known events in the life of the individual, including imprisonment, birth and menopause.

“Sadly, in a number of individuals that had been imprisoned prior to death, we found evidence of that event – telling us just how physiologically stressful that must have been for them,” said Cerrito. “In the case of a young 25 -year-old female, we discovered that the transition from a rural to an urban lifestyle was recorded in her teeth – but not a traumatic physical accident”.

Cerrito detailed that it indicates the "sensitivity" of cementum as a recording structure - episodic events are not detectable, but longterm stressful periods are.

A number of limitations are acknowledged however, including that the type of observable change in the cementum is not same in response to different life events.

The team have now advanced to looking at the teeth of primates and prehistoric human relatives such as Neanderthals to determine if they share the same phenomena.

“The methods we developed can be used by archaeologists of the ancient world to piece together a more complete understanding of the lives of past civilisations by integrating written records of a person’s social and public life to biological data regarding intimate details such as fertility, menopause, or other physiological stressors”, Cerrito said.

Experts speaking to The Guardian said that some fossilized humanoid skeletons had been identified through their teeth alone, meaning it is hard to determine the sex of the individual and it is unclear at what age ancient humans may have began producing cementum.

The approach also relies on knowing the precise age of an individual studied, which is almost impossible for fossilised remains.

“I don’t believe that this approach alone will resolve how frequently ancient women gave birth nor when they experienced menopause,” the expert said.

According to Cerrito, a technique is being developed which would use annual rings in the cementum to count age.

Despite limitations, the research team behind the study say the discovery could help with an enduring problem which has plagued the scientific community.

Humans are one of a few mammals that can live for many years after they are no longer fertile - a trait which has seen the emergence of a number of theories such as the “grandmother hypothesis” - the idea that post-menopausal women live on to help their own children survive and reproduce.

In order to test the theory, researchers say, possible evolutionary links between birth patterns and menopause would have to be observed, as well as changes in the way children are parented throughout the history of the human race.