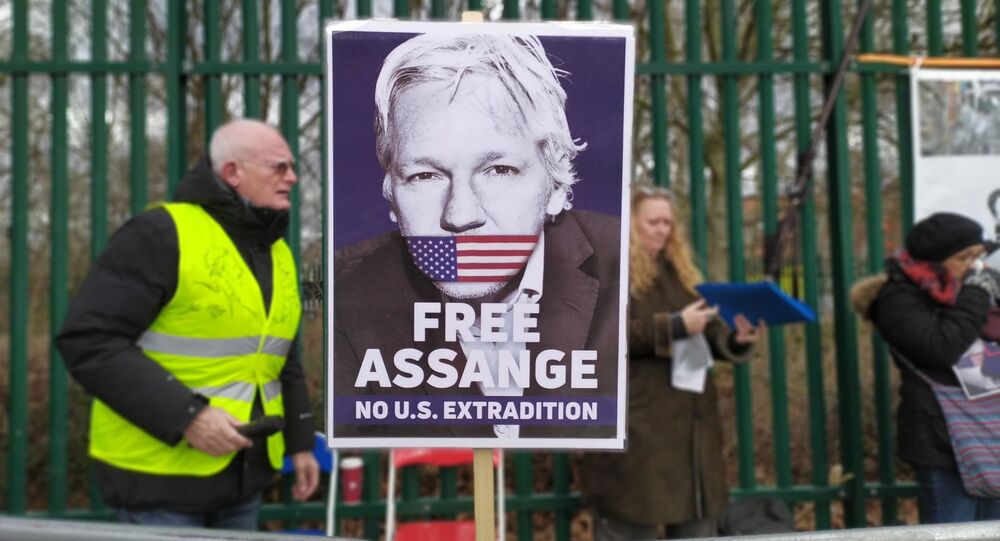 Assange’s defence team earlier applied for bail over concerns for their client's health in the face of the COVID-19 outbreak.

Westminster Magistrates' Court in London has rejected a plea from Julian Assange's lawyers to release the WikiLeaks founder from the high security Belmarsh prison on concerns for his health amid the coronavirus epidemic. Judge Vanessa Baraitser ruled that Assange should remain in prison, citing the lack of COVID-19 cases in the facility.

Assange himself took part in the hearing via a video call for a couple of minutes. He agreed that the discussion of his release could continue without him.

The Hearing on Assange's Release

Barrister Edward Fitzgerald QC attended the hearing in person on behalf of the WikiLeaks publisher, who remains on remand at Belmarsh maximum security prison. Other legal representatives and journalists joined the hearing via telephone link. The court room was sparsely populated as social distancing measures were observed as part of moves to tackle the COVID-19 pandemic.

After listening to detailed arguments from representatives of the US government and Assange's defence lawyer Judge Baraitser concluded that, "as matters stand today this global pandemic does not of itself yet provide grounds for Mr Assange's release".

"It is government's responsibility to protect both the vulnerable and those outside the category and I have no reason to doubt that Public Health England will provide the [appropriate] advice to the government [in terms of how to ensure the health and well-being of the prison population]", she said.

Baraitser noted that while there is, "a presumption in favour of bail for all those like Assange not convicted of an offence" and while "[n]o court wishes to keep a person in custody, and even less so during an emergency… however Mr Assange’s past conduct shows the length he is prepared to go to avoid extradition proceedings".

She said that Assange "breached" the trust given to him when he "absconded" in 2010.

"After a warrant was issued for his arrest he remained unlawfully at large for many years, he has every reason to [try and abscond]. In my view there are substantial grounds to believe if I released him today he would not return to face his extradition hearing... There are no conditions that could allay this concern and this application is therefore refused", the judge said.

Fitzgerald said that the defence would likely be appealing the judges decision.

Earlier, the WikiLeaks founder's defence announced via its Don't Extradite Assange Twitter page that they would apply for bail for Assange, citing concerns over prison conditions which could put him in 'imminent danger' of coronavirus infection.

The United Kingdom has registered 6,654 cases of COVID-19. The infection claimed the lives of 335 people.

Assange, accused of sexual harassment and rape in Sweden in 2010, had been hiding since June 2012 at the Ecuadorian embassy in London. On 11 April 2019, he was detained at the request of the United States. A court in London found him guilty of violating bail conditions and sentenced him to 11 months in prison. Hearings on his extradition began on 2 May.

Soon after, US authorities announced that they had charged Assange with 17 counts of breaking the law on espionage and the disclosure of classified information. If extradited to the United States, Assange could face up to 175 years in jail.