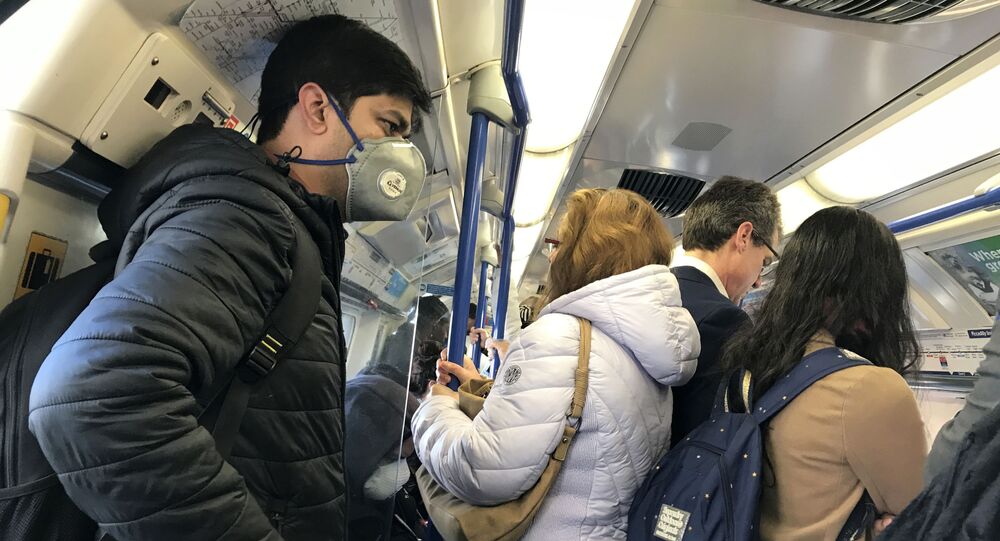 The UK government has told people to work from home and not to venture out unless it is essential, in a bid to stop the spread of the COVID-19 coronavirus. Professor Jeremy Rossman and political analyst Marcus Godwyn comment on how Boris Johnson’s government has tackled the crisis.

The British government has finally announced strict measures to prevent the spread of the coronavirus in the country six weeks after the first cases were confirmed.

After days of criticism for vague and contradictory advice, the government finally decided that from Friday, 20 March, schools will be closed and people will be expected to work from home unless they work in the NHS or vital industries such as electricity generation.

NHS staff are doing extraordinary work across the country to help our fight against coronavirus.

We now need to play our part in supporting them by following the government's guidance and working from home if you possibly can. https://t.co/90H9Qnw93l

​This decision was probably fuelled by a secret briefing by Public Health England, reported in The Guardian on 15 March, which had predicted 7.9 million people would end up being hospitalised and 250,000 would be killed, with the pandemic affecting the UK until the spring of 2021.

The number of confirmed coronavirus cases in the United Kingdom reached 3,269 on Thursday, 19 March, and the death toll has risen to 144. All of those who died were elderly or had underlying health conditions like Craig Ruston, 44, who suffered from motor neurone disease.

​“There is definitely the concern that the virus will be with us for at least a year or more, especially if we do not do more now to contain the spread of the virus", Dr Jeremy S. Rossman, Honorary Senior Lecturer in Virology at Kent University, says.

The Virus and The Vaccine

Although the COVID-19 coronavirus only has an overall fatality rate of around two percent - compared to 70 percent for Ebola - it is easily transmitted and has spread rapidly from China and Italy to every part of the UK.

Experts say it could take 12 to 18 months for a vaccine to be ready, although four patients at the Kaiser Permanente research facility in Seattle, Washington, received the first experimental vaccine this week.

Can anyone help? We are in urgent need of single use soap sachets for our nurses and wondering if there are any organisations who might be able to help us out 🤚🏽🧼 any help would be really appreciated 🙏🏼 #WashYourHands #nhsworkers #Convid19uk

​Professor Rossman says the UK government had initially talked a lot about the idea of “herd immunity” - the concept that if we can delay the spread of the virus then we can spread out the severe infections so as not to overburden the NHS - but he said that approach only worked when combined with active containment and testing programmes.

“Otherwise, herd immunity is basically what happens if the virus spreads in the population unchecked. It is not a public health strategy", says Rossman.

He says there was a danger that if the virus mutated while the UK was trying to build herd immunity then “we may effectively reset the clock and have to start over again".

Professor Rossman says it was not even clear if herd immunity to COVID-19 was possible at this stage and he warned that if the virus mutated then a vaccine might not work.

Thank you Maria for responding to the call.

The country needs the NHS, and the NHS needs you and other trained staff on the front line https://t.co/QGLIobJnPw

​But the most important is to stop the spread of this virus, Professor Rossman believes.

“China is a great example of this, as right now they have more cases from travellers coming into the country than from within the country…There is a strong case for delaying the spread of the virus, but as the WHO is advising this needs to be coupled with widespread testing and isolation, which is not being done in many countries, including the UK and USA", he says.

Marcus Godwyn, a British political analyst, says: “What is clear is that the government and senior NHS planners have failed to plan or indeed planned to fail. They had two months to see this coming to the British Isles and seem to have prepared absolutely nothing".

“Compare this to the Chinese response which has managed to contain and control the epidemic in its tracks. It is very possible that the Chinese believed in the beginning that the virus was more deadly than it turned out to be and, or that they were under biological warfare attack but the co-ordination and scale of their response is a feat of historical magnitude", he adds.

The National Health Service was already creaking under the strain of an ageing demographic even before the coronavirus hit the UK, two months after it broke out in China.

The NHS and other vital public services will receive whatever they need to protect people from COVID-19.

Today, £2.9bn from the COVID-19 response fund will be allocated to free up hospital beds and ensure the most vulnerable get the care that they need. https://t.co/5qgZAqc7ym

​Back in December 2016 it was reported Britain faced a shortage of nurses and that it might be exacerbated by Brexit, which was expected to see many European nurses returning home.

During the general election campaign in December Boris Johnson admitted that although the Conservative Party had pledged to hire “50,000 more nurses”, only 31,500 of them would actually be new recruits.

The Tories admitted the figure included seeking to persuade 18,500 existing nurses to stay on.

But as well as staff shortages, the NHS is also facing a deficit when it comes to ventilators and other equipment needed to treat coronavirus victims.

Mr Godwyn says the errors made by the UK government and Health Secretary Matt Hancock should not reflect badly on the doctors, surgeons, nurses, and all other staff of Britain's beleaguered NHS.

Our #coronavirus plan to protect wages, welfare and well-being:

2) Increase sick pay to a rate you can live on

4) Ensure no business is left to fail https://t.co/z5fyVugfs8

​He says: “The vast majority of them do an outstanding job and in my experience, the NHS remains the most effective and common sense method of providing a health safety net for a large population that I know".

A Downing Street spokesman said: "Preparing for the spread of the coronavirus outbreak is a national priority and we're calling on the manufacturing industry and all those with relevant expertise who might be able to help to come together to help the country tackle this national crisis".

The British government’s delay in introducing any form of lockdown was in marked contrast to some other countries.

We should have been ordering more ventilators some time ago. I reported the Italian shortage and the tough decisions they are making on LBC at the start of the week. https://t.co/zMv4QZGhI4

​Mr Godwyn said: “It should be noted that Russia, in spite of having a huge border with China and multiple contacts and exchanges with her, manged to prevent the virus, certainly with cooperation with ‘Chinese partners’, from spreading into Russia. Russia is now beginning to be infected from western Europe instead".

Professor Rossman welcomes the British government’s change in policy and says: “With this identify, contain, and delay approach we may be able to either stop the spread of the virus or dramatically hold it in check until we can get a vaccine".