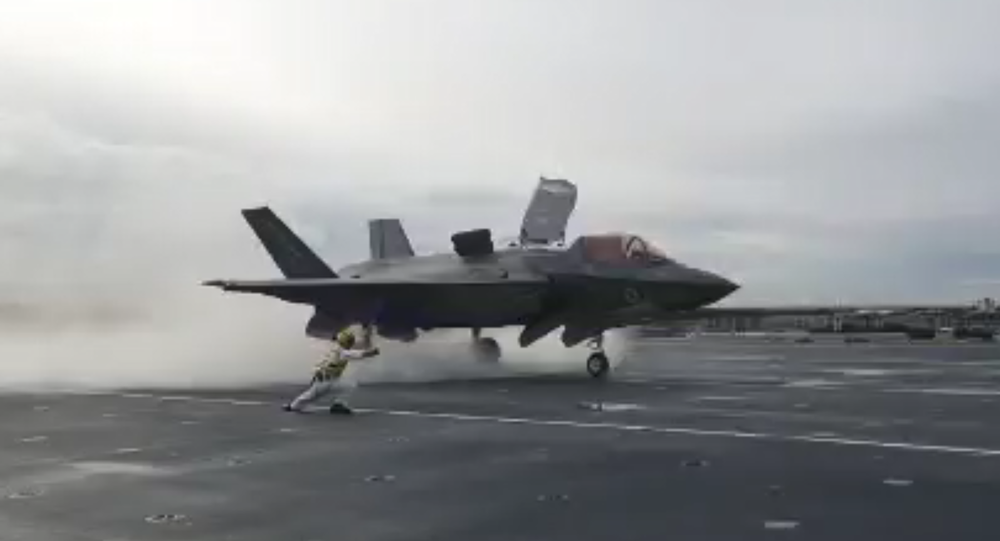 A new report by the UK National Audit Office (NAO) severely criticizes the Ministry of Defence for pushing the F-35 through its 2018 initial operating capability (IOC) certification despite dozens of problems, some of which remain unresolved more than a year later.

In December 2018, the MoD gave its Lockheed Martin F-35B fighters the IOC designation for flying from land bases, enabling them to be used in limited capacity by the armed forces while acknowledging there is still some troubleshooting to be done.

However, according to a recent NAO report viewed by Aviation Week, 20 of the 67 exceptions granted for the IOC certification had yet to be resolved by February 2020.

Some of the many problems found include encumbrances placed on missions due to aircraft shortages; major problems with training simulators, including shortages; and an inability to program the British F-35s independently of US programming.

The UK has 15 of the jets, all of which are of the “B” vertical and/or short take-off and landing (VSTOL) configuration. The design enables the stealthy jets to operate from the Royal Navy’s aircraft carriers, which lack the launch catapults used by American ships.

Software issues caused by rolling updates - a problem troubling the Pentagon as well - also contributed to delays, with the F-35’s computer unable to “talk” to the weapons pilots wanted to fire. In fact, training opportunities are so short for British pilots that the F-35B squadron slated to be stationed on the HMS Queen Elizabeth next year is actually a US Marine Corps group.

In all, the report found that one-third of the 32 most important MoD projects are behind schedule.

“It is essential that the MoD improves the way it introduces important new defense capabilities into service,” NAO chief Gareth Davies told Reuters on Tuesday. “This includes ensuring that pressure to be seen to deliver quickly does not lead to it accepting incomplete projects.”

The UK plans on buying 138 F-35s, with at least the first 48 being the “B” variant. The Royal Air Force has also debated buying the “A” variant, which only flies from regular runways.