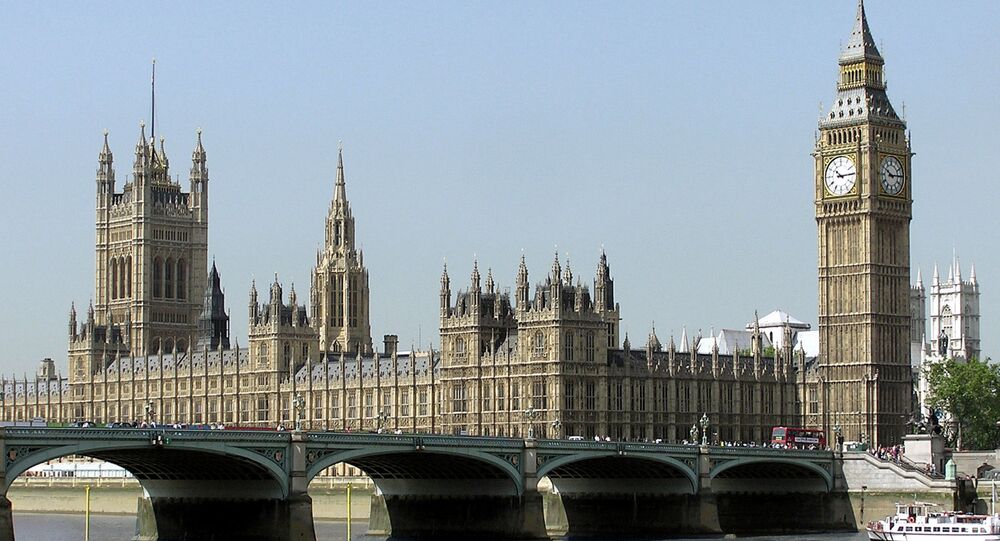 There is growing concern from UK-based rights groups that the global pandemic will be used to disproportionately curb civil liberties and human rights as the government is demanding sweeping powers for an extended period of time.

UK's parliamentary committee on human rights is reviewing the actions taken by government to tackle COVID-19, to ensure human rights aren't being trampled upon. The Joint Committee on Human Rights began its inquiry on 19 March 2020, and the evidence gathering stage is expended to last five months. Meanwhile a debate is scheduled for 23 March 2020 over the Coronavirus Bill, which will temporarily loosen certain regulations and expand state powers.

Is the Government respecting human rights whilst tackling the Covid-19 pandemic?

We have launched an inquiry into the Government’s response to Covid-19. See our call for evidence here👇https://t.co/lELzrfOsko@HarrietHarman

​There is concern among civil liberties and human rights organisations over the use and misuse of criminal laws, and emergency powers, while COVID-19 is being addressed by government.

We must ensure that those of us most at risk of rights abuses don’t suffer further during this public health crisis.
https://t.co/KT2VaoKsAM

It's early days yet but as the #covidー19uk crisis deepens, we are keen to monitor and record the everyday impact of any emergency policing powers enacted by the government and whether they are used fairly and proportionately. Contact us with your stories #CovidUKRights pic.twitter.com/pb3iFbW9pV

​The Joint Committee on Human Rights is made up of members from both the House of Lords as well as the House of Commons. As part of their inquiry they released a briefing which notes that the government already has at its disposal extensive powers to deal with public health emergencies via the Public Health (Control of Disease) Act 1984, the Civil Contingencies Act 2004, the Health Protection  (2A Orders) (Local Authority Powers) and (Notification) Regulations 2010 and the Health Protection (Coronavirus) Regulations 2020.

They write that emergency measures must be shown to be necessary, justified and proportionate in every circumstance and adhere to the European Convention on Human Rights (ECHR) which forms part of UK law.

Because some groups may be more impacted than others - for example if they are elderly and forced to self-isolate, if they are younger and denied education, if they are unemployed or self-employed and denied the right to work, the government must do whatever it can to mitigate the impact of its policies, especially in respect of these more vulnerable groups.

Whilst the Joint Committee notes that the government has a legal obligation to take reasonable steps to protect life, including from diseases, it also must not infringe upon fundamental rights any more than is justifiable after taking into consideration all relevant circumstances.

Examples given by the Joint Committee, of issues which may arise from the UK government's response to the health emergency, include:

Measures in the UK have already started to take effect as the British government announced that schools will be closed until further notice, as of 23 March 2020, "except for children of key workers and vulnerable children". Furthermore, in the Isle of Man, a self-governing UK Crown dependency, a British man was arrested and reportedly faces a 10,000 fine and 3 months in prison after allegedly failing to adhere to a local regulation which requires anyone newly arriving to the island to self-isolate for 14 days, irrespective of whether they have symptoms of the virus.

In relation to the male arrested for breaching the self isolation rules. We will update on what happens to him later but while he is detained in will be in a specially cleaned area of custody designated for those who should be self isolating. pic.twitter.com/r8tLNY1KW0

The penalties for not complying with the 14 day self isolation rule for those arriving on the IOM are huge with jail or a £10,000 fine for offenders. Lets not let it come to that, we should all help enforce this ban. This is literally about saving lives https://t.co/UPerFEtmd9 pic.twitter.com/l22nchOs9Y

​Big Brother Watch's director Silkie Carlo said that it is right for the government to take, "rapid and robust action to protect public health", and that the country is best protected when it "holds on" to its values rather than abandons them.

​Carlo described the powers provided for in the Coronavirus Bill as the most draconian "ever proposed in peace-time Britain", which risk, "permanently rebalancing the relationship between citizens and the state".

"The Bill contains blank cheque powers to detain and test ‘potentially infectious’ members of the public and even children in unidentified isolation facilities on threat of criminal sanctions. That could be any one of us. It contains sweeping powers to shut down even political assemblies, which could thwart the possibility of public protest against this power grab in the months ahead", Carlo said.

It permits prohibition of public events & gatherings without standard protections for strikes & industrial action that exist in Civil Contingencies Act 2004.

​The Network for Police Monitoring (Netpol) issued a warning regarding the Coronavirus Bill, pointing out prior examples of the abuse and misuse of emergency powers in the UK and beyond.

"There are obvious examples from our work: the use of counter-terrorism to justify the classification of entirely legitimate campaigners as “extremists”, or the recent, unlawful attempt to ban climate protests in London. That is why giving the police tough new powers is always fraught with risk", Netpol warns.

The coronavirus bill warning from a civil liberties group we mustn’t ignore.

With thanks to @netpol for writing this.#CoronaCrisishttps://t.co/Ta196hjNfv

​The key questions that the Joint Committee on Human Rights will address in its inquiry are:

The committee is requesting contributions from the public which it will accept until 22 July 2020. Written submissions should be no longer than 1,500 words, should address one or more of the key points investigated by the inquiry, and can be submitted via the parliamentary web portal.