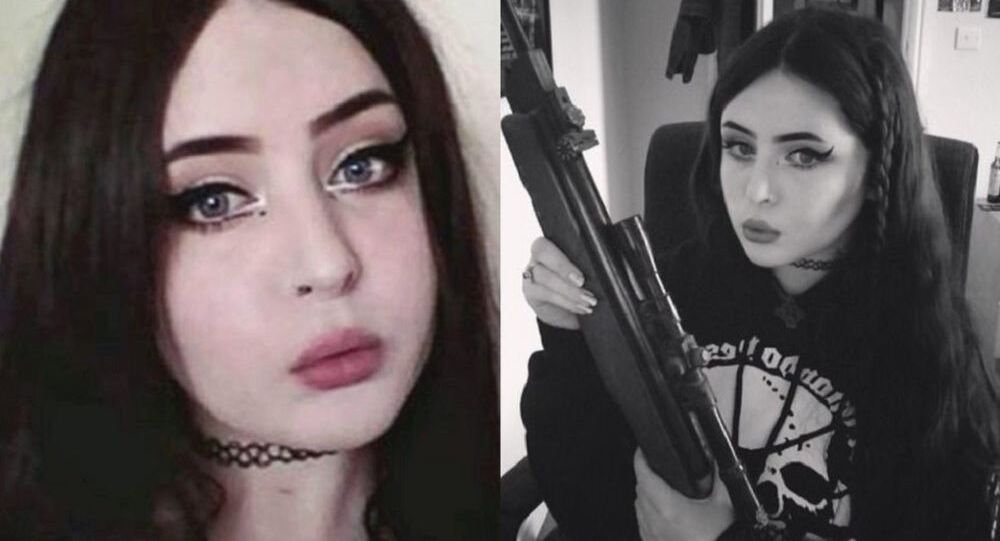 When proceedings into the case kicked off in January, a court heard that Alice Cutter had named herself after a Third Reich concentration camp - “Buchenwald Princess” - as she made up her mind to partake in the group’s beauty pageant.

A former Miss Hitler beauty contest hopeful and her former partner have been convicted of membership in a group called National Action, which the UK designated a terrorist entity and banned three years ago.  The convicts will be sentenced at a later date.

Alice Cutter and Mark Jones were described as "fanatic" members of the group, proscribed as a "fellowship of hate", with barrister Barnaby Jameson QC saying the group had a "common admiration for Hitler and the architects of the Holocaust".

“We are talking about a tiny, secretive group of die-hard neo-Nazis with no compunction about attaining their objectives with the use or threat of terror", Jameson went on to portray them.

As he put it in his address to the jury, National Action was a "group that shared the same pathological racial prejudice and conviction in brutal white supremacy" as the Nazis and labelled it "white Jihad".

At the time the group was scrutinised ahead of the ban introduced by then-Home Secretary Amber Rudd, Cutter denied being a part of it. However, further on, Cutter was found to have continued attending group gatherings in violation of the ban and exchanged hundreds of messages with fellow members.

In January, the court heard that Alice Cutter allegedly entered the “Miss Hitler 2016” competition after her boyfriend posed inside Buchenwald's execution chamber.

“This was, no doubt a publicity stunt to raise the group’s profile and attract more members", prosecutor Jameson remarked at the time.

“Ms Cutter entered the competition as ‘Buchenwald Princess’ and set out her mission statement in a detailed interview. It is anything but funny", Jameson continued.

Separately, Cutter is alleged to have been photographed while making a Nazi salute outside Leeds Town Hall during a National Action demonstration in May 2016.

She and Jones are two of the four remaining defendants in the National Action case.

In December 2016, the organisation made history for being the first group to be proscribed in the UK as an extremist neo-Nazi organisation, with its motto sounding as follows: "For a Free White Britain”. The then home secretary went ahead with the ban as the group reportedly lauded the brutal murder of Batley & Spen Labour MP Jo Cox in June 2016.