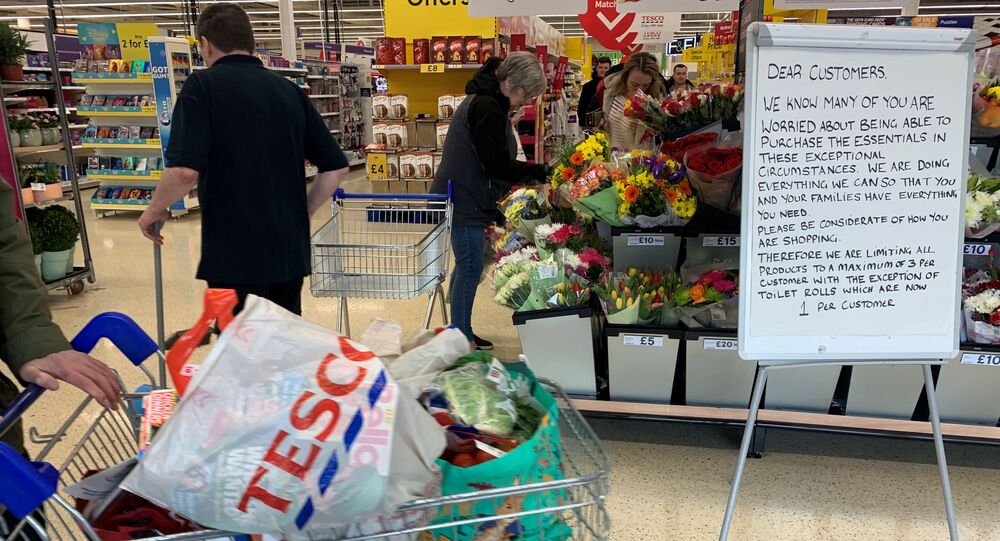 Large stores are implementing measures such as rationing and priority periods for vulnerable consumers as panic buying leaves shelves bare amid coronavirus panic.

A spokesperson representing Britain’s grocery industry has revealed that stores may require police support if London and other parts of the country go into lockdown. This statement follows nearly 2 weeks of panic buying with many shops running out of essential goods such as toilet paper, tinned goods and hand sanitizer – as Coronavirus cases continue to rise.

The statement from the British Retail Consortium’s Andrew Opie follows comments reassuring individuals that UK retailers are experienced in providing additional security measures in uncertain times, adding that: ‘Retailers across the country are working closely with police and other partners to keep retail sites running as smoothly as possible.’

Regarding potential measures, which could be in place as soon as Friday after reports that military personnel being deployed in Britain’s capital, Opie warned against any illegal or criminal actions against staff stating that: ‘Any forms of abusive or violent behaviour will not be tolerated and retailers will continue to work with the police to protect their staff and customers.’

The warnings from Opie were echoed by the country’s Prime Minister Boris Johnson who also urged shoppers not to panic buy, following a growing demand for products with stores being left empty around the country.

These statements from Boris Johnson and Britain’s Retail Consortium follow efforts from the UK’s biggest supermarket, Sainsbury’s, who revealed that they would be introducing a raft of measures nationwide to help protect staff and ensure customers are not left empty-handed.

Prioritising vulnerable and elderly people for online deliveries, as well as limiting shopper to only buying three of any single items, are two steps that Sainsbury’s announced would be introduced in an effort to clamp down on stockpiling.

The discount giant Aldi was the first chain to implement rationing measures on Monday setting the maximum amount of any item at 4, with other retailers such as Tesco and Boots also setting limits on popular products including pasta, tissues and hand sanitiser.

Restrictions for shoppers follow revelations published by industry magazine, The Grocer, which revealed shoppers spent an extra £57.3m on stockpiling medicines, handwash and canned goods in the first week of March compared to the week before.

This follows a growing concern from citizens in London who are preparing for a lockdown after it was suggested on Thursday that public transport, as a result of the coronavirus, could close across the capital. These worries were dismissed by Boris Johnson who stated that there are no plans to close down the transport network in London.