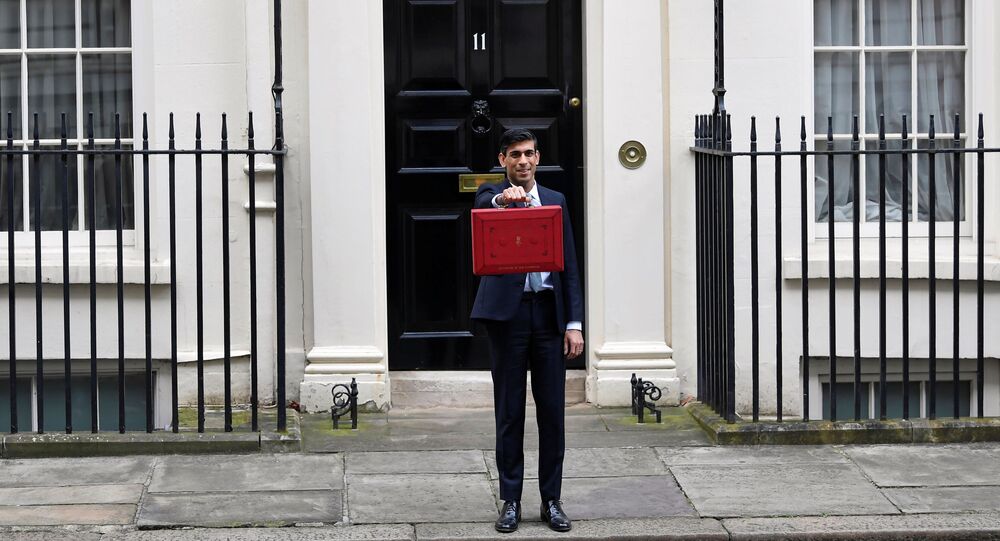 British Prime Minister Boris Johnson promised to provide support to UK businesses this week amid questions by industrial groups about whether the government was doing enough to help out amid the COVID-19 outbreak.

The new coronavirus outbreak is an economic emergency in addition to being a medical one, and the government will intervene in the economy on a scale previously thought "unimaginable," Chancellor of the Exchequer Rishi Sunak has said.

"I promised to do whatever it takes to support the economy," Sunak said, speaking to reporters at a news conference on Tuesday evening alongside Prime Minister Johnson. The present is "a time to be bold, a time for courage," he added.

According to the official, the challenge caused by COVID-19 can not be overcome by any single package of measures, but will necessitate a series of government interventions in the economy, including support for jobs and income, and doing "whatever it takes" in aid of business.

"This struggle will not be overcome by a single package of measures or isolated interventions. This national effort will be underpinned by government interventions in the economy on a scale unimaginable only a few weeks ago," he explained.

The measures will include £330 billion in guarantees to businesses, including a state lending facility to support liquidity among larger firms. The measures are the equivalent of 15 percent of the UK's GDP, and will be made available to "any business that needs access to cash," according to Sunak.

The government also promised to provide airlines and airports with a package of support. In the hospitality and leisure sector, businesses will be eligible for a cash grant, and those businesses with pandemic insurance will be able to make claims, Sunak said. Additionally, shops, pubs and other service sector businesses will be freed of business tax payments for the next twelve months. Furthermore, mortgage lenders will offer a three-month mortgage holiday to those determined to be in need.

In total, the chancellor said, the government will provide a £20 billion+ plus aid package to businesses, on top of a multi-billion pound aid package already set out in the budget.

Sunak also promised to help companies avoid staff layoffs. "Whatever we do, we need to make sure it can work fast and quickly. What we can't do is try and reinvent something or invent something from scratch," he said.

Promising that the government would "do whatever it takes" to support the economy, Sunak said he was confident that Britons would get through the crisis.

Earlier this week, Prime Minister Johnson urged the public to avoid public institutions such as pubs, restaurants, theatres and movie theatres, leading to concerns regarding their financial future. His father, Stanley Johnson, demonstratively refused to follow his son's orders, saying he would continue going to the pub if he had to.

Also on Tuesday, the Association of British Insurers warned that the standard business interruption coverage purchased by most companies did not include infectious disease-related coverage, with only a "small minority of typically larger firms" asking for such coverage.

The UK has taken a somewhat more laissez-faire approach to the coronavirus outbreak, urging Britons to self-isolate, and calling on the public to use the National Health Service facilities only if they "really need to" to avoid overwhelming the system. Last week, Goldman Sachs reportedly said that UK authorities were "allowing" the virus "to spread so that the population can develop a natural immunity." Unlike many of its European neighbours, London has yet to resort to lockdowns to try to deal with the virus.