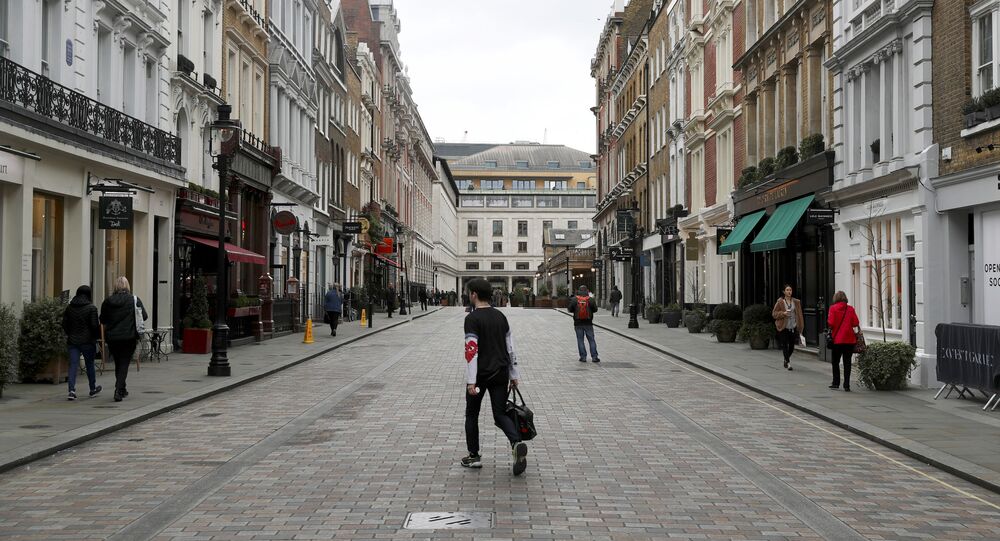 Firms across the United Kingdom has come under intense pressure to survive as the coronavirus impacts revenue streams and employee productivity. Numerous major organisations representing British business interests have called on the UK government to take tougher measures to preserve the economy.

UK prime minister Boris Johnson has extended help to struggling British businesses affected by the coronavirus outbreak amid a series of strict measures aimed at reducing new cases of the disease.

Businesses such as airlines, restaurants, pubs and others have been severely impacted by falling revenues following the outbreak, as well as Mr Johnson's move to limit public gatherings and travel.

PM Johnson introduced what he called "draconian" measures on Monday in a bid to curb new COVID-19 infections by requesting Brits to avoid "non-essential" contact with others, including mass gatherings, and encouraging working from home.

The news comes as newly-appointed Chancellor, Rishi Sunak, is set to outline his plans on Tuesday in a conference in London to stave off further collapses in the UK economy as stated in last week's budget.

Josh Hardie, deputy director-general for the Confederation of British Industry, commented on the Prime Minister's advice, stating that many firms have already begun "rolling out plans" for working at home and that "every single business" was accelerating efforts to back remote working under the Government's advice.

But Mr Hardie added: “But for many occupations, working from home is simply not possible. Businesses and the Government must keep considering how people can be supported if they follow public health advice to self-isolate, but are unable to work.

Further sectors were under "significant stress" and needed a "step change in support" from the Government, Mr Hardie concluded, adding that as people stopped travelling and attending public activities, "firms ranging from airlines to cinemas, pubs and restaurants will face real pressures".

Failure To Act On Coronavirus Outbreak Would Be 'Unforgivable'

Federation of Small Businesses chair, Tina McKenzie, stated that a failure to act would be "unforgivable" as the government, elected on "levelling-up" British regions economically, "finds itself consumed by the response to the coronavirus".

Ms McKenzie said that the nation's economic health and people's ability to earn a living were "intrinsically linked", adding that the FSB was advising small businesses to follow the government's advice as outlined on the organisation's website.

She added: "This is a confusing time for business, with different approaches taken in the UK and Republic of Ireland, and many businesses weighing up the evidence and taking unilateral steps. At this present time the onus is on the business owner to decide how to best to minimise risk and, while some have introduced working-from-home, this is not suitable for every type of business and approaches will undoubtedly differ. In recent days many members have expressed concern about the impact the fallout of COVID-19 will have on the sustainability of their businesses, as behaviours change in light of the unfolding situation.

She urged the government to include Northern Ireland in its plans, namely "where businesses are not appropriately supported", adding that Westminster "must show leadership and rise to the enormity of the task".

She concluded: "Failure to support small businesses at this juncture would have severe consequences for communities and employment, and would be seen as unforgiveable by our small business community.

The comments come as global coronavirus cases continue to rise, resulting in 55 deaths across Britain, according to reports.

A UK Public Health England document reported by Sky News projected skyrocketing cases of the disease in the near future, adding that despite growing laboratory capacities, British health facilities were under "significant demand pressures"