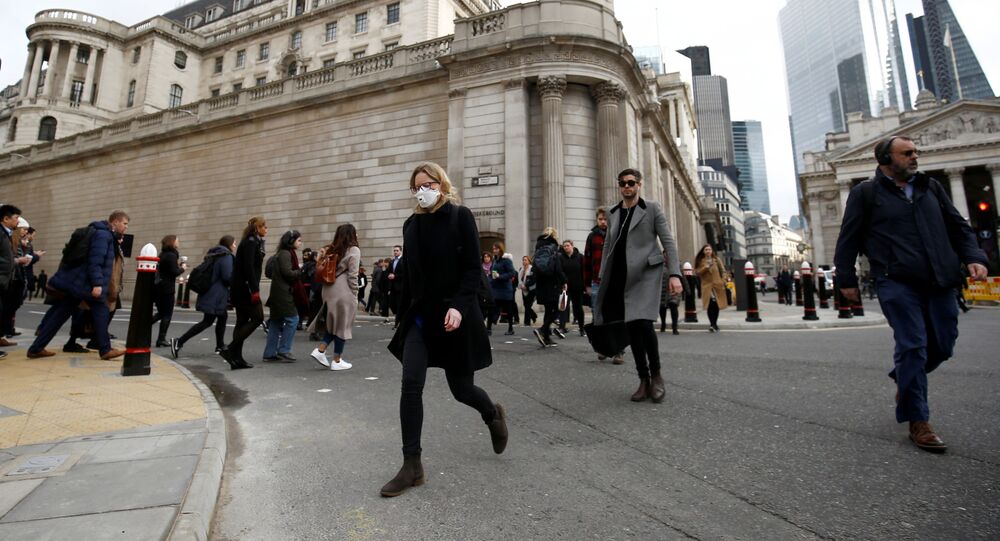 On Friday, the number of confirmed coronavirus cases in Britain climbed to 798, amid reports that a newborn baby has tested positive for COVID-2019.

The BBC has quoted an unnamed government source as saying that the UK may ban mass gatherings in the country as of next weekend because of the outbreak of the coronavirus, also known as COVID-2019.

“There are many complex considerations to make all these measures as effective as possible. We will make the right decisions at the right time based on the best scientific evidence”, the sources pointed out without elaborating.

The planned move was hailed by Shadow Health Secretary Jonathan Ashworth who at the same time called on the government to be “clear” about its plans.

“If that means publishing the scientific modelling so that all the experts can analyse it and peer review it and stress test it, if that maintains public confidence, that's an important step”, he told the BBC.

Former Health Secretary Jeremy Hunt, for his part, remained downbeat on what he described as a “concerning” decision by the UK government.

He was echoed by British Chief Scientific Adviser Patrick Vallance who claimed that banning mass public events would not have a "big effect" on coronavirus transmission rates.

The move comes after several major sporting and cultural events have already been cancelled across the UK due to the coronavirus outbreak. These included the suspension of top notch football and rugby matches as well as England's cricket tour of Sri Lanka.

In separate developments, Prime Minister Boris Johnson said on Friday that the forthcoming local and mayoral elections had been postponed for a year until May 2021, while Queen Elizabeth II suspended all her public engagements scheduled for next week.

The UK Department of Health and Social Care has, meanwhile, confirmed 798 cases of COVID-19 in the country, where a total of 11 people have died so far after contracting the contagious disease.

UK PM Johnson on Coronavirus: In Worst Case Scenario Army is Ready to Step In