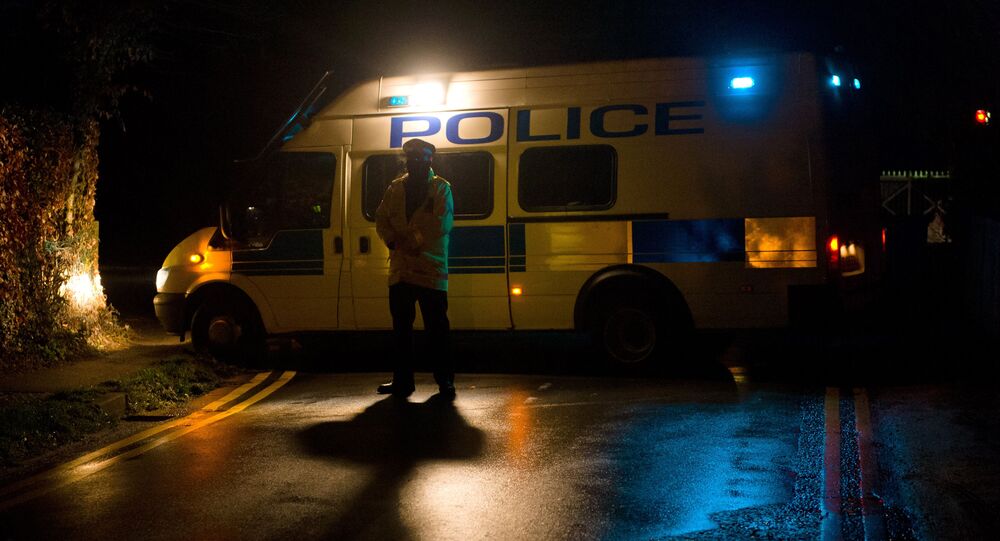 In August 2019 an English police officer died after being dragged by a car for a mile down a country lane in the darkness as he tried to stop a gang of teenagers stealing a quad bike. PC Andrew Harper, 28, suffered “catastrophic” injuries after his foot got caught in a towing strap behind the robbers’ car in Berkshire, west of London.

A murder trial jury has heard the emergency phone call a man made as he tried to stop a gang of masked teenagers from stealing his quad bike moments before a police officer was killed when he tried to intervene.

In the 15 minute call Mr Wallis tells the 999 operator he is going to confront them outside, despite seeing them armed with “weapons”.

There are 3 Defendants charged with Murder of PC Andrew Harper one has pleaded guilty to manslaughter all 3 to Theft! The Prosecution will have to prove ‘Murder’ this is a high bar to reach no matter what we think it’s the Jury who will decide; the defence will fight tooth & nail

Henry Long, 18, admits the manslaughter of PC Harper but denies murder. Long and two boys aged 17 have admitted conspiracy to rob but his co-defendants deny manslaughter.

I don’t think I have read anything quite as horrific for some time as the details of Pc Andrew Harper’s death. Truly shocking.

​On Thursday, 12 March, Mr Wallis told the Old Bailey in London his brand new Honda TRX500 - which was worth £19,000 - was stolen from his home in Bradfield Southend in rural Berkshire around 11.15pm on 15 August last year by a group of men in balaclavas.

Mr Wallis said he saw the same masked men in a car which parked outside his property six hours earlier.

Prosecutor Brian Altman, QC, asked Mr Wallis what he said to them at that point.

“I said ‘Can I help you gentlemen?’,” said Mr Wallis, who said they replied dismissively and in an intimidatory tone, before leaving.

Mr Altman asked him if he rang the police at that point.

“No, I didn’t. I was contemplating it,” he replied.

Six hours later, after dark, the men returned and this time he did call the police because he knew “something was afoot”.

Mr Wallis says “definitely one maybe two” of the men who got out the car had weapons. He says he could see them being used as weapons at the time, but in hindsight they could be used to break in or mean someone harm.

​Mr Wallis said he got out of bed when he saw a car’s headlights.

The jury was then played the 999 call which ended when PC Harper and his colleague, PC Andrew Shaw, arrived despite being “well beyond the end of their shift.”

Mr Altman said his uniform was “ripped and stripped from his body” and he was “swung from side to side like a pendulum” as the getaway car, a Seat Toledo, sped away from the scene of the crime.

When the gang’s getaway car - which had tape over his rear number plate - was found at a nearby traveller caravan site police found inside it an axe, a hammer, three crowbars and a pair of choppers.

I can't read the details emerging from the trial of those accused of murdering PC Andrew Harper. It's too much.
But I can remember him.
And I can think of Lissie.
So that is what I will do.

​Mr Altman said all the weapons were to be used “if anyone stood in their way.”

He said: “Constable Harper did try to stand in their way and paid the ultimate price for it.”