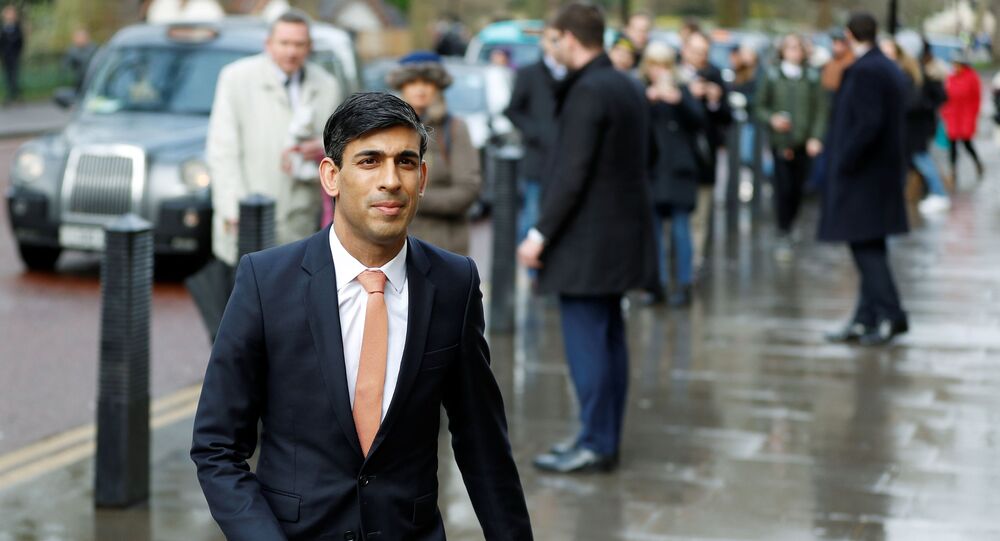 The Bank of England has cut interest rates to 0.25 percent - the lowest rate in British history. The Governor of the Bank of England, Mark Carney, said the economic impact of the coronavirus outbreak would be “temporary but significant”, especially for smaller businesses.

The Chancellor of the Exchequer, Rishi Sunak, has unveiled his Budget and promised a total of £30 billion in financial stimulus to help businesses and the NHS to cope with the COVID-19 coronavirus crisis.

Mr Sunak said: "I know how worried people are, worried about the health of their loved ones, their jobs, their financial security...we are doing everything we can to keep our people in this country healthy and financially secure."

He said: "We will get through this together. The British people may be worried but they are not alone."

Rishi Sunak currently sounding like he’s been Chancellor for a decade, rather than three weeks.

​He said the NHS would get whatever it needed to cope with the crisis "whether it's millions or billions of pounds."

He also said: "We’re going to build broadband, railway, roads, he says, as he promises £5bn to get gigabit-capable broadband into the hardest to reach places and £510m of new investment into the shared rural mobile phone network."

Mr Sunak only took over the finance minister job last month after his predecessor Sajid Javid resigned in a row with Boris Johnson about special advisers and was already faced with rescuing an economy weighed down with uncertainty about Britain's trade relationship with the EU in the wake of Brexit.

Responding to COVID19, levelling up and delivering on our promises to the British people. #Budget2020 🔹 11.03.20 pic.twitter.com/f8kPTcd30K

Mr Sunak said: "Taken together, the extraordinary measures I have set out today represent £7 billion to support the self-employed, businesses and vulnerable people...That means I am announcing today, in total, a £30bn fiscal stimulus to support British people, British jobs and British businesses through this moment."

​Earlier on Wednesday, 11 March, the Bank of England reduced interest rates to the lowest they have ever been as part of an emergency package of measures to cope with the “economic shock” of coronavirus, which has devastated China and forced Italy to impose a national quarantine.

There have been 382 reported cases so far in the UK and six people have died, including a man in his 80s who passed away on Tuesday.

​The crisis has been highlighted by the fact that junior health minister Nadine Dorries, a Conservative MP since 2005, has tested positive for the virus.

Health Secretary Matt Hancock is due to make a statement on Wednesday evening and there is growing speculation he will suspend Parliament and other public meetings during the crisis.

ONE OF YOUR COLLEAGUES HAS A WILDLY INFECTIOUS NOVEL VIRUS WHAT ARE YOU DOOOOING pic.twitter.com/Xavg7eiwaT

Mr Sunak said his first Budget would also deliver on the Conservative Party's promises that were made at the General Election in December.

He said the British economy was "robust" but he said it faced a temporary economic challenge posed by the health crisis. ​

​Mr Sunak said the coronavirus outbreak would hit productivity in Britain because of problems on the supply side but the drop in demand would also affect certain industries, like entertainment, transport and tourism.

​He also announced a £500 million fund to provide loans for vulnerable people hit by the coronavirus.

Rishi Sunak says this House has always been ready to stand together and set aside party politics, and I must say I have seen little evidence of that of late.

​Downing Street said the measures Mr Sunak was outlining would "make the UK one of the best placed economies in the world to manage the potential impact of the virus."

One consequence of the coronavirus pandemic is that today’s Budget will spend less time in the headlines than any Budget in my lifetime.

This provides an excellent opportunity for this Tory government to sneak in unpopular measures with little scrutiny.

You have been warned!

​English Premier League champions Manchester City’s match against Arsenal on Wednesday night has been called off as a “precautionary measure” after Gunners players went into self-isolation after it emerged Evangelos Marinakis - the owner of Greek team Olympiakos, who Arsenal played two weeks ago - had tested positive.

Postponement of City v Arsenal means - if LFC do not win next two games - there is a chance LFC will win title at an empty Etihad Stadium, where the first to congratulate them would presumably be City players, backroom team, executives & whatever media are allowed in.

​The Premier League has so far resisted calls for it to cancel all its fixtures, like Italy’s Serie A, or play them behind closed doors as Spain’s La Liga has decided.

Italy is the epicentre of the outbreak in Europe, with 10,100 cases, but the British economy is already beginning to feel the effects of the crisis as supply chains which import from China or Italy are drying up.

The Bank of England said the British economy would “weaken materially” in the coming months because of the outbreak.

Boris Johnson’s new Chancellor made millions of pounds from the financial crash that caused misery for millions of people.
Here are five things you need to know about Rishi Sunak. #Budget2020 pic.twitter.com/YdctoaROh4

​Stock markets around the globe have suffered their biggest daily losses since the height of the financial crisis in 2008.