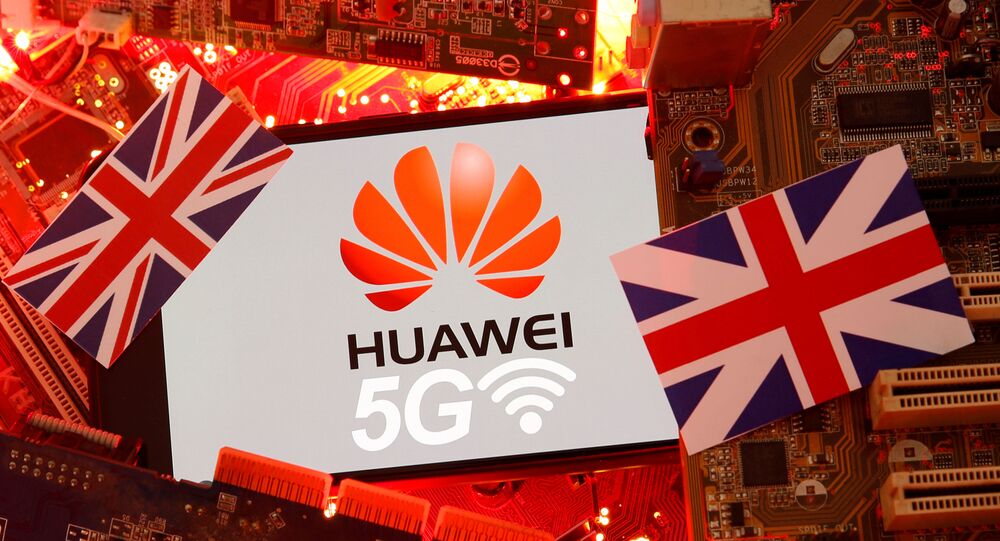 LONDON (Sputnik) - The UK House of Commons has voted on Tuesday to reject amendments to the country’s Telecommunications Infrastructure Bill, proposed by rebel Conservative members of parliament, which would have prevented Chinese tech giant Huawei from participating in the establishment of the UK’s 5G networks.

In total, 38 Tory lawmakers, including former leader Iain Duncan Smith and long-standing Huawei critic Tom Tugendhat broke party ranks and supported the proposed amendments. However, the Commons voted 306-282 to reject the revisions that proposed forbidding “high-risk vendors,” which many consider to be Huawei, from the UK’s 5G telecommunications networks after 2022.

“I’m opposed to the government’s decision on Huawei’s involvement in our telecoms. There are alternatives as Australia, France, Czech Republic and even Vietnam show. There’s no point in taking back control from Brussels only to hand it over to Beijing,” Tugendhat wrote on Twitter.

I’m opposed to the government’s decision on Huawei’s involvement in our telecoms. There are alternatives as Australia, France, Czech Republic and even Vietnam show. There’s no point in taking back control from Brussels only to hand it over to Beijing. pic.twitter.com/FjcpMI0ZTS

London has defied significant pressure from Washington and permitted Huawei partial access to the country’s 5G networks. However, the Chinese company will be excluded from certain “safety-related” and “safety-critical” networks.

This past May, Washington blacklisted Huawei, claiming that the company intends to provide back-door access for Chinese intelligence services.

The US has since put pressure on other nations to follow suit, although these efforts have been rebuffed by countries such as Germany and Canada who have insisted that they will take their own decisions regarding Huawei’s involvement in the next generation of wireless cellular technology.