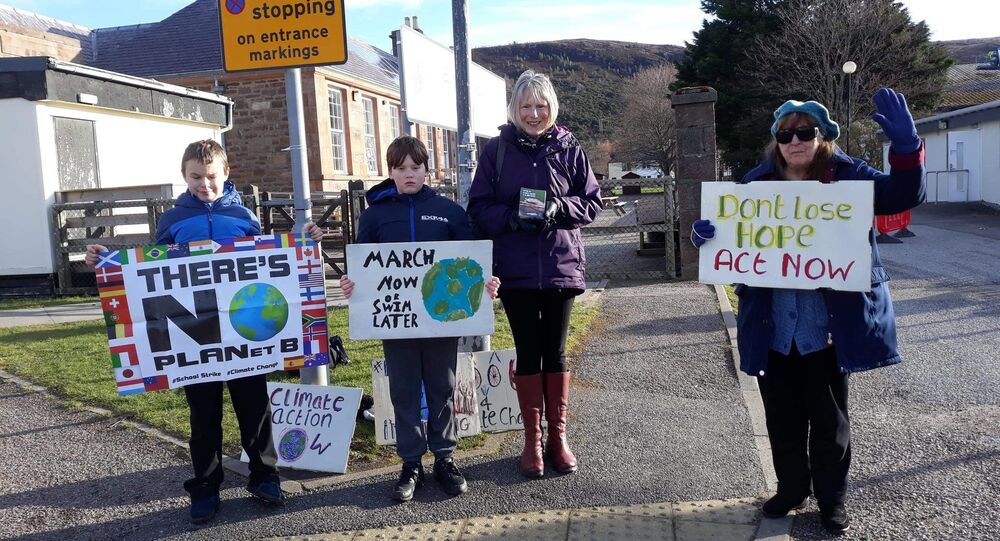 The UK Space Agency has selected Sutherland, on the Moine Peninsula of Scotland's north coast, as the location of Britain's first-ever domestic spaceport. The launch facility would reportedly be developed by US aerospace and defence giant Lockheed Martin.

The site is projected to launch satellites and space vehicles, boosting Scotland's already rapidly growing satellite industry. According to The Daily Mail, it is said that the United Kingdom expects to put some 2,000 satellites into Earth orbit by 2030.

But Britain's aspirations have been challenged by an unexpected obstacle. A 12-year-old boy, Finlay Pringle, a UK-based climate change activist from Scotland, has firmly objected to the construction of a UK spaceport.

Pringle, reportedly dubbed Scotland's leading young environmentalist and 'Britain's Greta Thunberg', lodged a formal protest over the construction of an enormous spaceport in the southeast of Tongue, in the far north of Scotland, asserting that the launchpad would be located close to Europe's largest peat bog and a possible UNESCO world heritage site, The Daily Mail said.

"The spaceport site is close to a Special Area of Conservation; Special Protection Area; RAMSAR site (Wetland of International importance) and also 3 SSSI designations for rare plants and animals. In this unique area they are proposing a spaceport for space tourism and to launch satellites for research we don't need, such as to study climate change!", Pringle stated in a letter to the Highland Council, cited by The Daily Mail.

According to research quoted by the activist, the spaceport will annually release up to 950 tonnes of CO2 into the atmosphere.

"How backward is that, we already have more than enough information about climate change to know that we only have 10 years left to reduce our carbon dioxide levels - no more study is required [...] We just need governments and councils to listen to the science and take proper, meaningful action on the climate emergencies they have declared", Pringle said in his letter.

The owner of the site in Sutherland, Melness Crofters Estate (MCE), has argued that the local community is looking for a balance between protection of the environment and development of local infrastructure.

"We wanted to ensure that the environment was protected and safety ensured [...] There is a balance to be struck between environmental issues versus employment; MCE negotiated hard to ensure that our land is protected now and in the future", Dorothy Pritchard, an MCE chairperson, said, cited by The Daily Mail.

© Flickr / Cory Doctorow
Eyes In The Sky: Britain's GCHQ Sets Sights on Space
According to the owner of the site, activists running a "sustained, vociferous campaign" had "misrepresented" the spaceport and the intentions of the MCE. The media report suggested that the MCE could fund local community from space facility income. The enormous launch site would include a launch control centre, a single launch pad and associated infrastructure, including roadways, fuel storage, office premises, and antennas.

Pringle reportedly pointed out that one of the main environmental objections to the site's location is the expected impact on the peat bogs - partly due to their unique habitat, and also as they are a "vital carbon sink". According to the media report, Pringle seeks to have those key points made more widely known.

"We need people in authority to take the climate and ecological breakdowns seriously, refusing planning for this project would be a good start and signal the council is prepared to take positive action on climate change" Pringle said.

According to local media reports, Pringle has been praised for his environmental activism by Greta Thunberg.