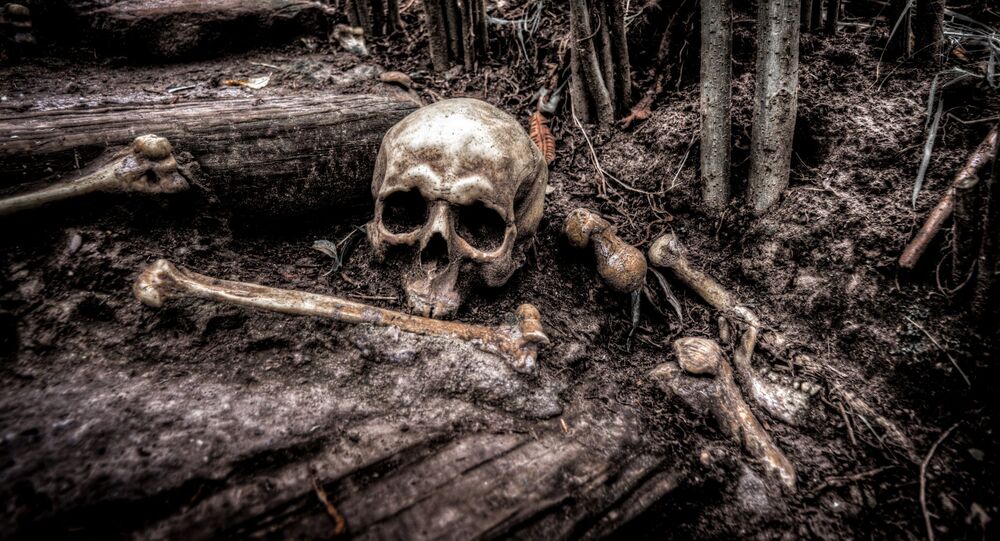 As far back as in 1885 human bones were discovered in the wall of a church in Folkestone, Kent County, England, with no one sure of their origin or who they belonged to.

Recent scientific studies seem to have solved a mystery surrounding human remains discovered as far back as in 1885 in the wall of a church in a south coastal English town, stating with a degree of certainty that the bones belonged to Saint Eanswythe, who lived in the 7th century AD, reported The Guardian.

Revealed at an event at St Mary and St Eanswythe’s on 6 March, the findings by a team of experts are the result of analysis carried out since January this year, following a grant from the National Lottery Heritage Fund.

Remains confirmed as those of 'earliest English Saint' discovered at Church of St Mary & St Eanswythe in Folkestone https://t.co/JiDhNVx5j9 pic.twitter.com/tiaPGEDWMr

​A collaboratory effort on the part of local archaeologists and experts from Kent together with scientists from Queen’s University Belfast used radiocarbon dating technology to study the skeletal remains.

The lead container of human remains had presented a mystery since it was discovered in an alcove by workers renovating the parish church of St Mary and St Eanswythe, in Folkestone, Kent County, England.

Fr. Adam used to have a beautiful icon of St. #Eanswythe of Folkestone before a fire in a past rectory. The bones of this 7th C saint have likely been discovered in a #Kent church. Coming in April: What the Halo?! #theologyontap #pubtheology #orthodox #lutheran #elca #episcopal pic.twitter.com/xmrnWnrPDt

​Comprising almost half a skeleton, the remains were assumed to belong to saint Eanswythe, the granddaughter of Ethelbert, the first English king to convert to Christianity, while there was no possibly way of verifying the claim.

Saint Eanswythe, patron saint of Folkestone, is believed to have founded one of the first monastic communities in England sometime around AD660, dying a few years later, while still quite young.

12 September is the feast of St Eanswythe (died c.640), a royal saint from the very early days of the Kentish church, whose relics may still be preserved at her shrine in Folkestone https://t.co/BR18ML3B1g pic.twitter.com/kLEsRy2yuV

​The mystery persisted until the recent studies finally seem to have offered a credible solution.

The team of experts set up a temporary laboratory in the church, which was closed for several days for the study to proceed.

After carbon-dating bone fragments and teeth, the experts determined they hailed back to the 7th century AD, with some fragments sent on to Belfast for further confirmation, which also came back positive.

​A report in The Guardian states the remains “came from one person, probably female, probably aged between 17 and 20, and with no signs of malnutrition, so potentially a person with high status”.

Stephen Hoper, an expert who oversaw the radiocarbon dating, is quoted by Kent Online as confirming:

“Our analyses of a tooth sample and a bone sample both believed to be from the St Eanswythe have produced calibrated age ranges that are in good agreement.”

The Guardian quoted Andrew Richardson, of the Canterbury Archaeological Trust, as saying:

“It was a brave move by the church. We could have come out and said: “Folks, it’s not her.” I was 50-50 about it, and a lot of colleagues were sceptical. But everything is consistent with it being her.”

“It now looks probable that we have the only surviving remains of a member of the Kentish royal family, and one of the earliest Anglo-Saxon saints… There is more work to be done to realise the full potential of this discovery.”

Further scientific analysis of the bones is expected in the near future, including establishing DNA, after which issues of housing and display will be resolved.