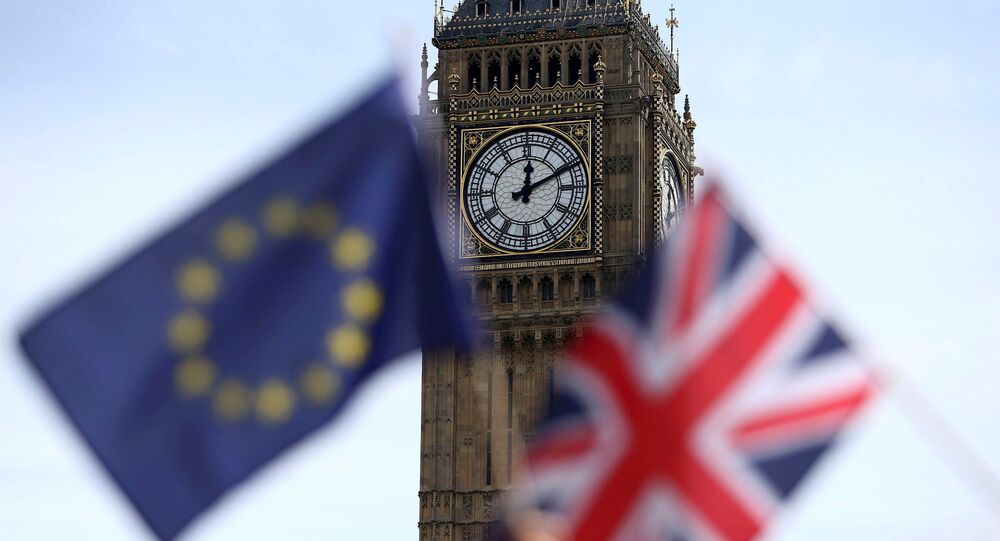 While United Kingdom’s divorce saga with the European Union has preoccupied the minds of British officials since June 2016, recently published figures have shown that the government has spent a lot of money to get ready for both “deal” and “no deal” withdrawal scenarios.

Great Britain spent at least £4.4 billion ($5.7 billion) between June 2016 and 31 January 2020 to prepare for its withdrawal from the European Union, the National Audit Office (NAO) reported, citing information from 18 government and two non-ministerial departments.

The UK Treasury initially allocated around £6.3 billion in additional funding to finance the government’s preparations for the country’s divorce from the European Union, £2 billion of which were made available to cover the cost of a possible “no deal” situation, while the rest was to fund expenses related to multiple exit scenarios and deadlines.

Out of the £4.4 billion that have reportedly been spent, the largest chunk, £1.9 billion, was used to employ staff working on exit preparations, while around £300 million were spent on expertise and external advice, including legal consultation.

What is more, around £1.5 billion were allocated to fund activities such as building IT systems and advertising. Most of the spending was carried out by the Department for Environment, Food and Rural Affairs, the Home Office, as well as HM Revenue and Customs.

According to some estimates, the departments spent £1 billion less by 31 January 2020 than was initially allocated for 2019-2020.

Meanwhile, the NAO noted that these figures might not represent the full picture and may just show “a minimum estimated level of spend” due to “limitations” in the availability of data.

© REUTERS / HENRY NICHOLLS
Life Post-Brexit: UK and EU Embark on Crunch Trade Talks in Brussels
“To date, government has not published an overall figure of how much it has spent preparing for EU Exit”, the NAO insisted.

In June 2016, a majority of those who took part in the Brexit referendum voted to leave the European Union. However, the official divorce took place three and a half years later, on 31 January 2020. Britain has now entered an 11-month transition period, during which it is expected to negotiate trade agreements and other issues with the remaining 27 EU states. According to remarks by both sides, the negotiations are expected to be rough.