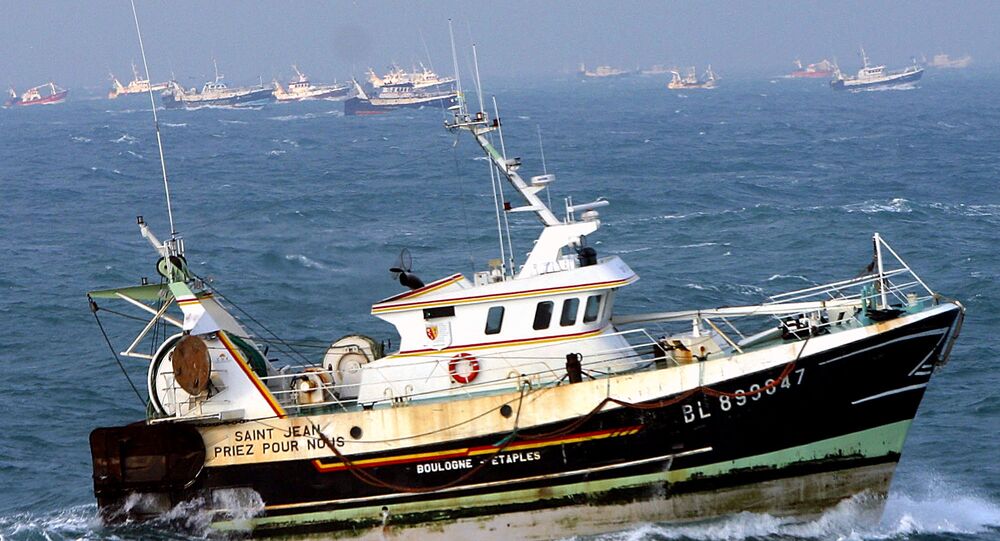 Britain and the European Union are now in the process of negotiating a trade deal, following the UK's withdrawal from the bloc. One of the key stumbling blocks is Brussels’ desire to have fishing rights for its fleet in British waters.

UK Environment Secretary George Eustice has said the Royal Navy will protect British waters after Brexit. He told a House of Lords inquiry that the Navy has three extra vessels that would be sent to patrol the country’s marine territories and that the Home Office and the private sector will provide additional help.

"We have significantly increased our enforcement capability. We think that is sufficient", said George Eustice.

His statement comes after reports emerged that French fishermen could block their home ports if Brussels and London cannot reach a compromise during talks on a post-Brexit trade agreement.

The European Union wants to retain access British waters to fish there. However, British prime minister Boris Johnson has insisted that “taking back control” over the UK’s waters is a key Brexit objective and said Britain will become an "independent coastal state".

UK authorities want a Norway-style deal, under which the two sides will renegotiate the agreement on fishing every year.

France’s Europe Minister Amelie de Montchalin warned Britain of a "very nasty battle" on the issue if the two sides don’t find a compromise by the end of June.

UK Environment Secretary George Eustice dismissed fears that the row with Brussels over fishing could torpedo the whole trade agreement with the European Union, saying EU members without fishing fleets would not allow this to happen.

Britain has until the end of the year to strike a post-Brexit trade pact with Brussels or it will trade with the European Union on WTO terms.