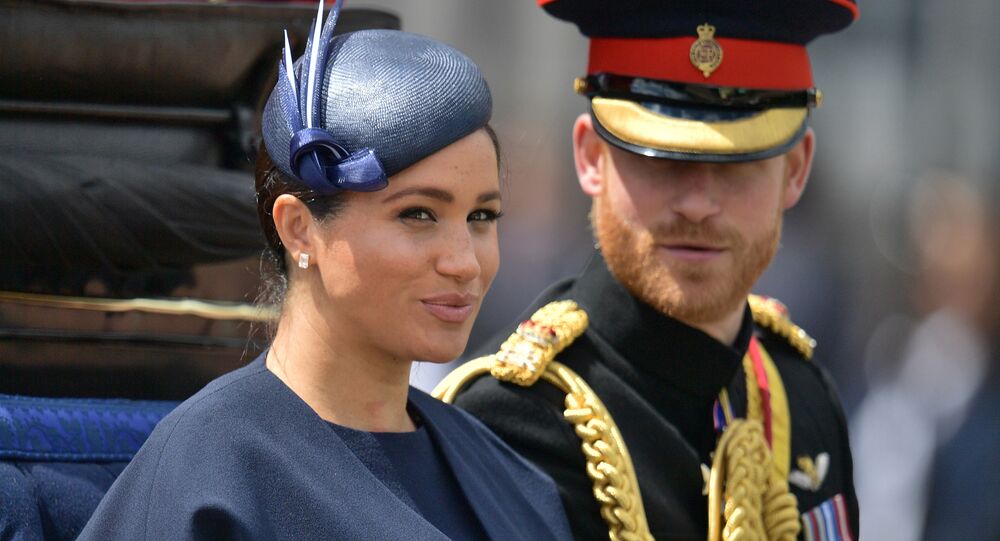 The development comes after it was reported over the weekend that British taxpayers may pay more than 50,000 pounds ($64,000) to protect their son Archie in Canada for a month while the Duke and the Duchess of Sussex perform their last royal duties in the United Kingdom.

An online petition calling for Brits to stop paying security bills for Prince Harry and Meghan Markle has been launched. The petition states that as the couple decided to quit royal life and become financially independent their security and travel costs can no longer be covered by British taxpayers.

"They have made their choice to step back from Royal duties, and to live abroad and travel globally to achieve financial independence. It is, therefore, their own responsibility to provide their own security, not the responsibility of the UK tax payers. Therefore, we the undersigned object to paying for Harry, Meghan, and their son’s global security costs, and to stop the UK Parliament - House of Commons and the House of Lords, from making any contribution towards them", the petition reads.

The petition has a 20,000 signature goal. At the time of writing this article, more than 19,000 people have signed it.

Concerns were raised after Prince Harry and Meghan Markle made a bombshell announcement at the beginning of January saying they no longer wish to occupy senior roles in the Royal Family and want to work to balance their time between the United Kingdom and North America (Canada and the United States).

As other members of the Royal Family, they are entitled to protection, which is covered by British taxpayers, who also pay for their travel costs. Since the couple planned to split their time between Britain, Canada, and the United States those bills are expected to rise significantly.

Recent polls suggest that fewer and fewer people want to pay for the Sussexes’ bills. According to one poll, answered by 14, 000 viewers of the ITV television network, nine in ten people don’t want to fund the security and travel costs of Prince Harry, Meghan Markle, and their son Archie.

The development comes after Canada, where the couple was staying, announced that it would stop providing security for the Sussexes once their status changes.

It is believed that Prince Harry and Meghan Markle decided to quit royal life due to the intrusion of the media in their private life. The couple previously spoke about their struggle with the intense scrutiny of the British tabloids, which, according to the couple, sometimes made inaccurate and misleading reports.

Former royal bodyguard Simon Morgan hinted that the Sussexes’ decision to quit won’t make their life easier: "Day-to-day threats in regards to intrusion — whether that be from ordinary people or the media — may increase".