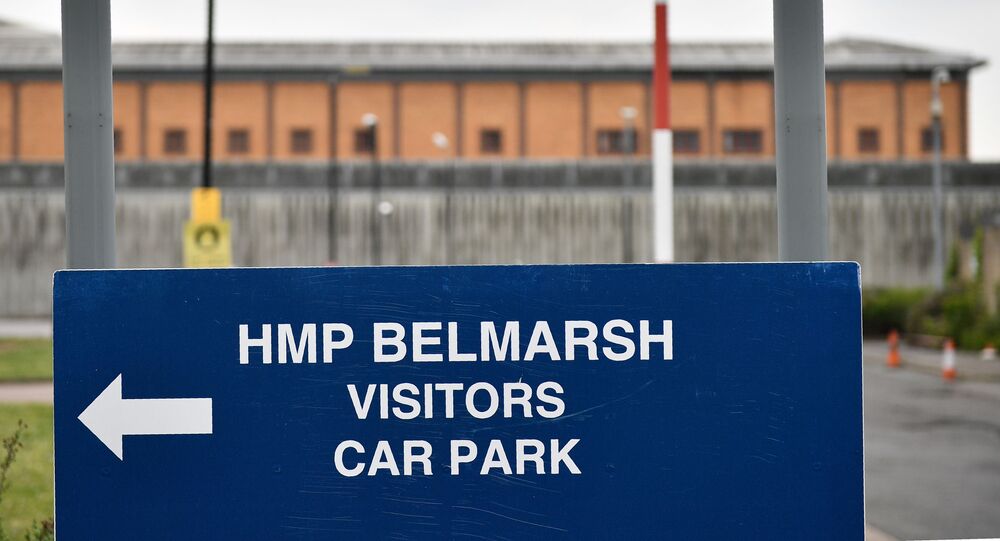 Prisons in England and Wales have seen some of the highest rates of self-harm, violence and deaths among inmates since records began, according to multiple reports on the prison estate. WikiLeaks publisher Julian Assange remains incarcerated at Belmarsh maximum-security prison despite completing his 'bail violation' sentence in 2019.

Police vans, along with ground and air ambulances, were seen arriving at Belmarsh prison on the morning of 2 March 2020, according to eyewitnesses in the area. "A car and van full of police arrived with sirens blaring. The air ambulance arrived. I went for a closer look. 7 or 8 police went into the prison, then 3 persons from the chopper went in, a road ambulance also went in", Tom, a supporter of imprisoned WikiLeaks publisher and journalist Julian Assange, who is camped outside of Belmarsh, explained.

"The police vehicles left soon after", he said.

A Ministry of Justice spokesperson said a "minor incident" involving a "non-high-profile" prisoner and another prisoner occurred. They said that while an air ambulance was called as a matter of caution, ultimately the injured party was taken by road ambulance to hospital and they are "expected back" the same day.

Tom, who asked Sputnik to withhold his last name, said that between 30 and 40 minutes after he observed the police and helicopters arriving, personnel from the chopper returned to the aircraft and left. He also explained that, at the time of writing, the police he observed entering the prison have yet to be seen leaving it.

Another person connected to campaigning for Assange, and who is "concerned about Julian's wellbeing", made their way to the prison immediately after being contacted by a supporter of the WikiLeaks founder. This person, who asked not to be identified, explained that they grabbed a taxi after hearing about the ambulance arriving at Belmarsh prison at 11:30am. "[A]s I was driving there I saw 2 ground ambulances with sirens blaring leaving Belmarsh, followed by one car", they said.

"Upon arriving at Belmarsh it seems business as usual", they added.

Supporters of the award-winning journalist remain concerned about his treatment at the hands of prison authorities. Judge Vanessa Baraitser, who is presiding over Assange's extradition hearing, has repeatedly refused to intervene to stop what his lawyers characterise as abuse and inappropriate treatment of their client.

There have been four inmate deaths, including at least one murder, in Belmarsh in the last year alone. The past few months have seen multiple reports from the Prison and Probation Ombudsman, HM Chief Inspector of Prisons, the charity INQUEST and the National Audit Office all blast government failures for record levels of violence, self-harm and deaths, which have plagued the prison estate in England and Wales over the past few years.