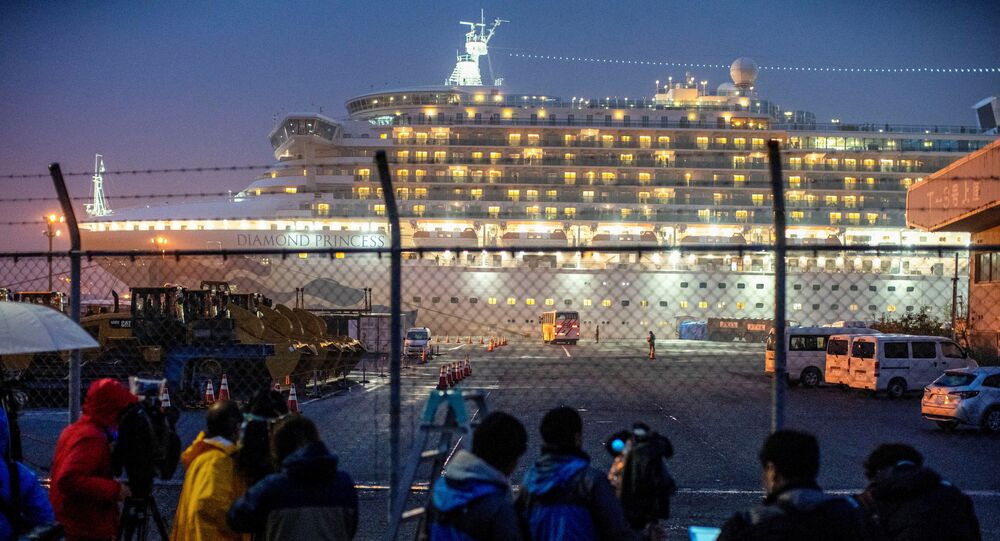 The man has become the first UK citizen to die from the COVID-19 virus as a total of 19 cases have been confirmed across Britain, including one case in Wales and an additional two on Friday morning in England after two people returning from Iran tested positive.

A British man aboard the Diamond Princess cruise ship in Japan has died from coronavirus, the Japanese Ministry of Health said on Friday.

The latest victim aboard the Diamond Princess quarantined off the coast of Japan died after a period of rapidly declining health, with the UK foreign Office supporting his family, Health Minister Jo Churchill told the BBC Radio 4's World At One programme.

She added: "I haven't had confirmation, because obviously I'm on the telephone to you, but I was aware there was a gentleman who was very, very poorly, and I'm sure like me your thoughts and sympathies go out to his family at this time.

Chief medical officer for Wales, Dr Frank Atherton said that a second patient returning from a holiday in Italy testing positive for the coronavirus "became unwell", and is now being treated in a specialist centre in England.

When asked on the programme whether the coronavirus was officially a pandemic, former Health minister Jeremy Hunt that the UK government needed to treat it as such "whether or not it has been officially labelled a pandemic",

An outbreak would reach "the point where it is no longer possible to contain it", he said, adding that he felt confident it was still "possible" to contain it.

When asked if the NHS was prepared to tackle the disease, he said that it was "ready", adding that the outbreak appeared to have peaked at roughly five percent of the population in Wuhan.

But Mr Hunt added: "We are having to make contingency plans for 70 per cent of the population getting it and in terms of the number of lives lost those are massive things - hundreds of thousands of lives different if you can contain it to less than five per cent. And the question we have to ask ourselves... is what are the social and economic trade-offs that we are prepared to make to keep the spread of the virus at that low level?

Despite the government not knowing whether the disease would become a pandemic, Hunt added that every hospital in the UK would be looking at how to ensure "no urgent treatments are delayed if there is a pandemic", Hunt added.

Developments across Iran and Africa would be "more significant" in the increasing the risk of a pandemic, he told the BBC.

News of the outbreak comes as UK prime minister Boris Johnson will chair a Cobra contingencies committee meeting on Monday as a total of 83,774 cases and 2,867 deaths have been reported globally, figures revealed.

In Europe, cases have been confirmed in Italy, 38 in France, two in the Netherlands, 60 in Germany and others, with infections reported in Nigeria after an Italian man visited the country from Milan and 388 cases in Iran, including 34 deaths, according to the Telegraph. South Korea, the second-hardest hit country after China, has reported an additional 315 cases of COVID-19, with total number of infections at 2,337. Initial cases have been recorded in New Zealand, Belarus, Lithuania, and Azerbaijan.