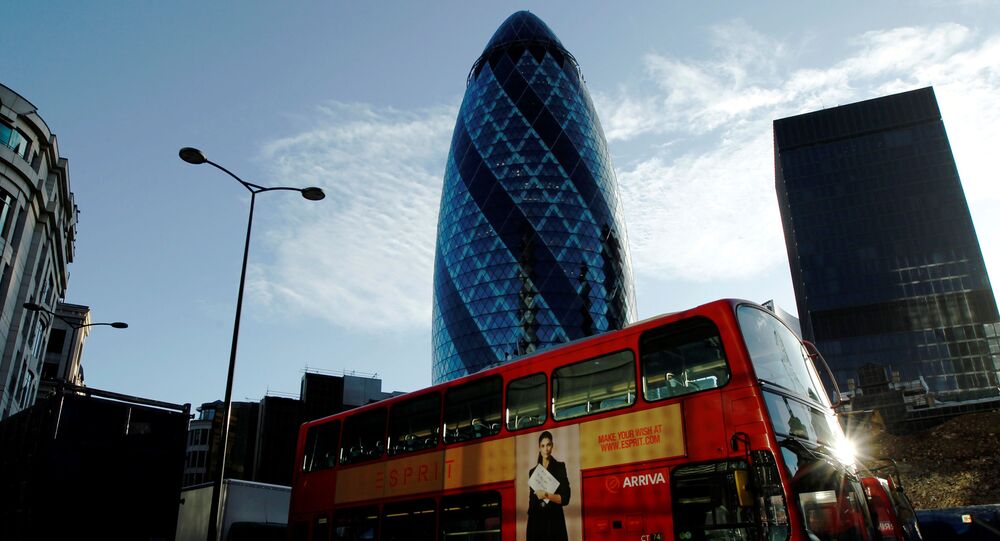 Some Brexit opponents earlier warned that London might lose its role as one of the world’s financial centres due to losing access to European markets. That wouldn't be the case if the UK and the EU decide to keep their financial regulations more or less along the same lines.

Several chairmen from financial companies in London’s financial hub, the City, have opined in statements for the UK House of Lords EU Financial Affairs Sub-Committee that No. 10 should negotiate an equivalence regime with Brussels instead of pursuing more regulatory freedom and independence from the EU and trying to build a "Singapore-on-Thames".

Chairman of a major insurer Aviva, Adrian Montague, argued that instead of completely rejecting the existing rules for the financial sphere and "inviting a race to the [regulatory] bottom", the UK must negotiate an opportunity to diverge in certain areas.

Michael Dobson, chairman of asset management company Schroders, and Sir Douglas Flint, chairman of investment company Standard Life Aberdeen, have also called on London to negotiate room for manoeuvring on certain regulations with Brussels. They argued that the EU-imposed PRIIPs regulation, which says investment companies must provide their clients with key information on their products, in fact "has not helped" and was only "confusing" potential clients.

Bruce Carnegie-Brown, head of Lloyd's of London, made a strong case against choosing a path to strongly diverge UK financial regulations from those of the EU by arguing that it will leave London cut off of major markets, which demand that international regulations be more or less in line with domestic ones.

"This is an industry in which the UK enjoys global leadership and to risk cutting off a fair piece of global GDP and access would in the long term, diminish our potential", he stated.

At the moment, Prime Minister Boris Johnson's government is hoping to negotiate access to the European financial markets (among other things) via an equivalence regime, but wants assurances that that access won't be suddenly cut off on short notice. Brussels in turn has so far been reluctant to give such guarantees with the EU’s negotiator Michel Barnier saying that such equivalence would "never be global or permanent".

Most Businesses 'Would Have Already Implemented Their Brexit Plans' – Politician