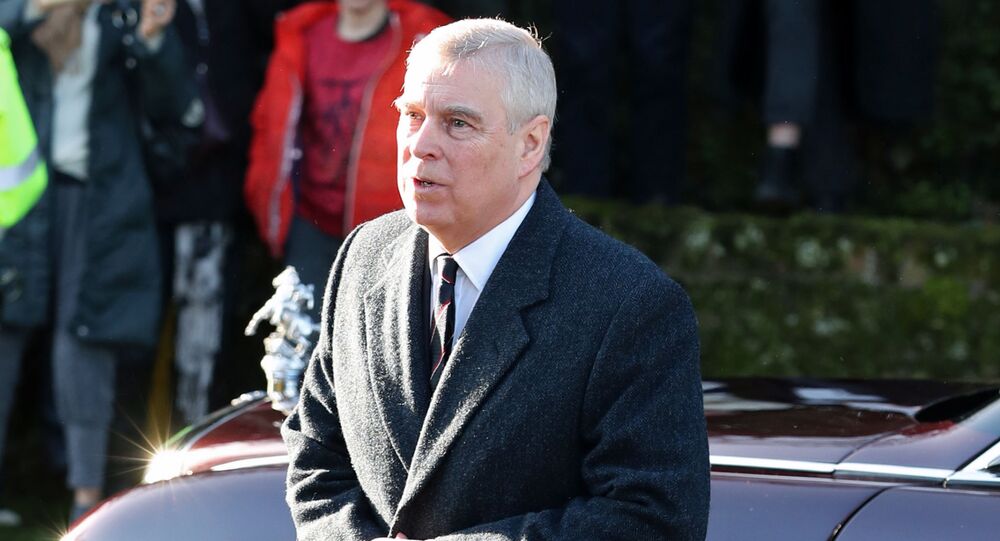 Prince Andrew has already stepped away from Royal Family life following his “car crash” interview with the BBC in which he admitted to his friendship with late Jeffrey Epstein, who was a convicted child molester, charged with sex-trafficking of minors in 2019.

The Times has quoted unnamed senior military sources as saying that the UK military's top brass called on Queen Elizabeth II to keep the scandal-hit Prince Andrew from this year's Trooping the Colour ceremony scheduled for 13 June.

“Prince Andrew’s participation in the event would very likely and unfairly damage the reputation of the Queen and the monarchy, and he’s already stirred up enough problems for them,” the sources pointed out.

Separately, Royal Family sources were cited by The Times as saying that they have yet to decide on whether the Duke of York will attend the 13 June event which dates back to the 17th century and is performed by regiments of the British and Commonwealth armies.

Sources close to Prince Andrew, in turn, reportedly said that he hopes that his daughter Princess Beatrice’s upcoming wedding in May will prompt people to ease their infuriation at him.

The reported developments come amid the ongoing fallout from Prince Andrew’s “car crash” interview with the BBC in November 2019, when he said, in particular, that he did not regret befriending convicted paedophile Jeffrey Epstein, who committed suicide in a New York jail in August of that year while awaiting trial on charges of running a sex trafficking network.

The interview was followed by Prince Andrew’s announcement that he would step down from public duties for the "foreseeable future", because his association with Epstein had become a “major disruption” to the royal family.

Major companies and banks, including British Telecom and Barclays, have distanced themselves from Prince Andrew and withdrawn from his Pitch@Palace project. In addition, a number of charities have also ditched him as their patron.

In a separate development, The Times quoted several UK army and naval sources as saying that due to his BBC interview, Prince Andrew should be “quietly faded out” from all his honorary military positions.