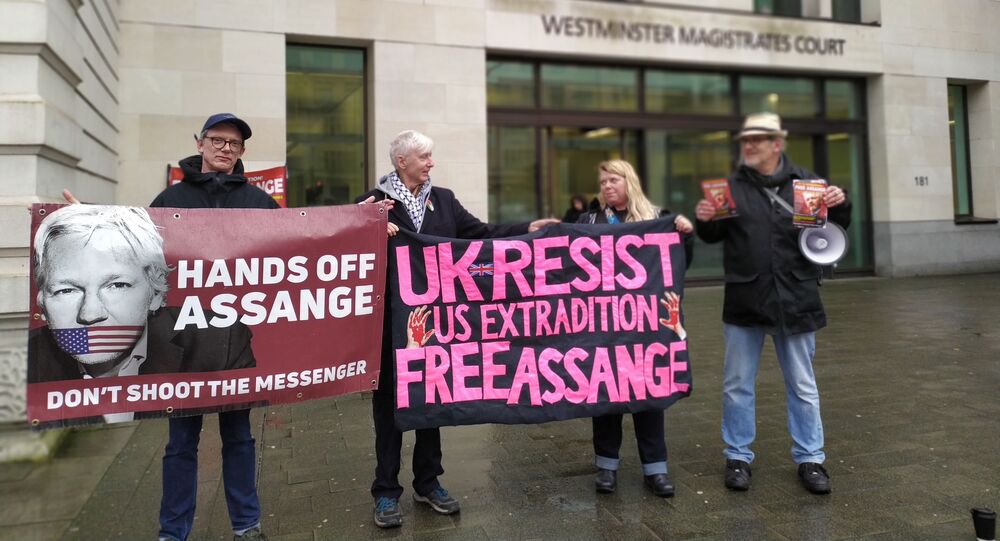 In 2017 The Wall Street Journal reported that California Congressman Dana Rohrabacher proposed to reach out to Julian Assange on behalf of US President Donald Trump to offer a pardon to the WikiLeaks publisher, if he could prove Russia wasn’t involved in the DNC Leaks.

WikiLeaks has confirmed that an "offer" was made to its publisher Julian Assange before the US revealed 17 indictments against him under the Espionage Act 1917. The revelations came via two tweets the evening of 19 February 2020, after it was suggested in Westminster Magistrates' Court that US President Donald Trump offered, via a US congressman, to pardon Assange in return for the imprisoned publisher making clear that Russians “had nothing to do with the DNC Leaks”.

The remarks, made in court by Assange's barrister Edward Fitzgerald QC, were treated as a "bombshell" statement of fact by much of the mainstream press. But it remains unclear what exactly is being alleged, since Fitzgerald was merely characterising someone else's witness statement which is not yet public knowledge.

Without going into details regarding the "offer" WikiLeaks still sought to clarify the significance of when it was made, and the fact that Assange had already made clear that the DNC Leaks did not come from any state. Their first tweet was published at 8PM GMT in which they said, "Chronology matters: The meeting and the offer were made ten months after Julian Assange had already independently stated Russia was not the source of the DNC publication”. The tweet then linked to an article by The Washington Times which reported on a meeting with former US Congressman Dana Rohrabacher and the WikiLeaks publisher.

The Washington Times article said that Assange made clear to Rohrabacher that the DNC Leaks did not come from the Russian, or any other state. A point Assange had already made to Fox News in December 2016 as well.

Chronology matters:
The meeting and the offer were made ten months after Julian Assange had already independently stated Russia was not the source of the DNC publication.
The witness statement is one of the many bombshells from the defence to comehttps://t.co/XsAmJe6n9j

​Rohrabacher did reportedly reach out to Trump's then-Chief of Staff John Kelley, earlier in the 2017, to try and strike a deal with Assange, according to The Wall Street Journal. The Journal reported that Rohrabachers proposed to Kelley that Assange might be pardoned in exchange for evidence that Russia wasn’t involved in the DNC Leaks.

“[The] problem is you can’t prove a negative without naming the real source”, Craig Murray, a whistleblower and close friend of Assange, explained after the revelations on 19 February.

Murray’s comments reveal the inherent difficulty Assange would have faced in securing a pardon if he would have had to offer conclusive evidence that the Russian state wasn’t the source of the leaks. “We have… a strong interest in protecting our sources, and so we never say anything about them, never ruling anyone in or anyone out”, Assange told Fox News in 2016. He said he was making an exception by making clear that no state was the source of the DNC Leaks.

In December 2016 Murray told Radio Sputnik that the DNC Leaks had “absolutely nothing to do with Russia”. He said that he discovered the source while attending a whistleblowing conference in the US and stressed that it came from “official circles in Washington DC”.

WikiLeaks published a second tweet on 19 February which said that, “The meeting and offer were made prior to Assange’s indictment”. Then, without further explanation as to the details of the "offer", it ended with a teaser saying, “If you really want to know what this is about – tune in to Court on Tuesday 25th [of February 2020].

The meeting and the offer were made prior to Assange's indictment.
If you really want to know what this is about -- tune in to Court on Tuesday 25th

Rohrbacher put out a statement on 19 February which categorically denied he ever offered a deal on behalf of the US president. He said "At no time did I offer Julian Assange anything from the President because I had not spoken with the President about this issue at all". Rohrbacher  did go on to say that when he did speak with Assange the former Congressman from California told him that "if he could provide me information and evidence about who actually gave him the DNC emails, I would then call on President Trump to pardon him". The White House also denied offering a pardon to Assange via Rohrbacher.

​Assange’s main extradition hearings will be split into two parts with the first set due to begin on 24 February. The government will be presenting its case summary on Monday followed by the defence presenting its case summary on Tuesday 25 February. The WikiLeaks publisher faces up to 175 years in prison in the US. The charges relate entirely to Assange and WikiLeaks's role in publishing documents which revealed war crimes and other criminality perpetrated by US-led forces in Iraq, Afghanistan and US-occupied Guantanamo Bay, Cuba.