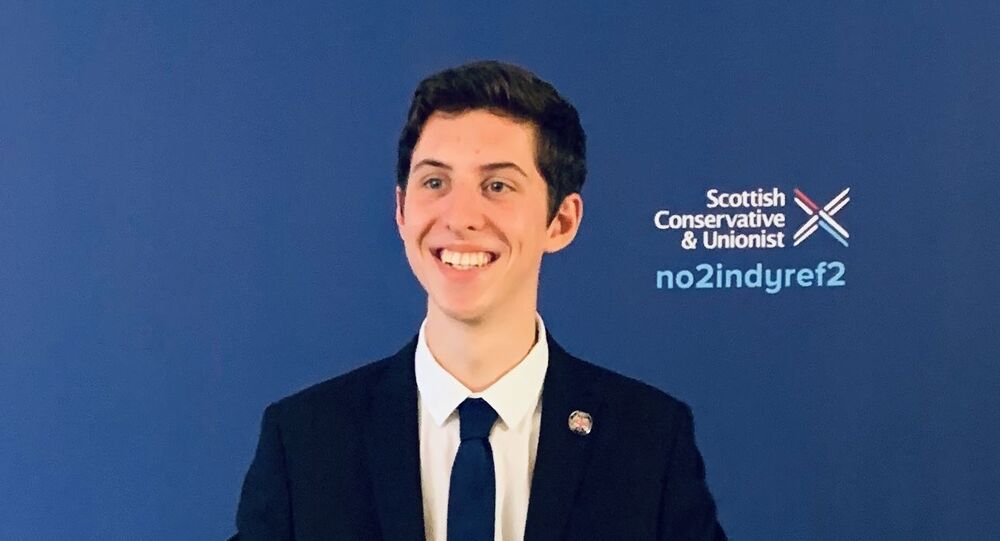 University Conservatives Risk Being Shut Down in Scotland Despite Equality Act

The generational divide is an age-old story; the youth tend to lean towards left-wing and radical politics, while conservatism is reserved for the older generation. Young people who hold Conservative views are often the exception, and in an embittered SNP-dominated Scotland, the contrast is only more stark.

The generational divide has seemingly never been greater in British politics, with a good deal of attention directed towards the youth vote in recent years.

The ascendancy of Jeremy Corbyn to the Labour leadership saw a massive rally of excitement amongst young people, many of whom find themselves lost in the sea of various party factions vying to reassemble their parties in their own image after the 2019 general election.

While the Conservatives won the country, the student towns and cities - Manchester, Canterbury, Stirling, and Edinburgh, all remained Labour or supported the Scottish National Party (SNP)

In Scotland, the 'Youthquake' has been represented by a drive for nationalism, with the majority of those under the age of 24 backing separation from the UK in the 2014 Scottish Independence referendum, as revealed by a post-referendum poll.

The country has changed significantly since then. The UK has now formally left the European Union, and the Conservative Party has secured a massive majority in Westminster. Independence sentiment has only grown among the young, with 72% of 16 to 24-year-olds saying that they would support a 'Yes' vote as of this year.

The Scots have therefore developed a reputation for being more left-leaning than their English counterparts - opposing the Trident nuclear system, budget cuts, and Britain's withdrawal from the European Union - especially on a university level, where it's not so easy to be a Conservative Unionist in Nicola Sturgeon's Scotland.

Gavin Mackenzie, 21, who heads the Aberdeen University Conservatives was happy to share his experience as a Young Tory living in Scotland.

"Being a Conservative is not as easy as being a member of say, the Labour Party, in university and certainly in general. But, I think the union question has prompted a lot of people to say 'look, I don't care if I'm a Conservative, I will stand behind that, and I'll stand for the United Kingdom'", he said.

Mr Mackenzie's politics, he explained, were the result of being energised by the Scottish Independence Referendum, as a passionate advocate for the union of Great Britain and Northern Ireland.

He painted a picture of politics after the 2015 SNP surge, that while his politics were initially "Blairite", the collapse of the Labour Party left a void for the unionist voice in the country.

"At one point I wouldn't have said I would have joined the Conservatives, but in the years following, it left a lot of people with some questions".

"For me, there was no gradual process; I just signed up", he said.

Outlining the agenda of the Aberdeen Conservatives as being to influence the university to take a more conservative stance, he gave his idea on how he would like to see the role of student groups evolve to fit the conditions of 2020.

"There needs to be a base at some level in all universities to represent conservatives", he said.

'It's very important to have a place where Conservatives can hold a public debate and discuss policy".

"We have to represent the Conservative view in a positive manner because I think too often it's marred with this 'elitist', 'Etonian', posh-boy mentality".

Mackenzie distanced himself and the student movement as a whole from stories which emerged surrounding the Oxford Bullingdon Club, an exclusive club for wealthy students in which one of the rituals for initiation is allegedly to burn a £50 note in front of a homeless person.

While Mr Mackenzie was more than willing to provide his view, stamping out different perspectives has often plagued student politics and the university campus.

He recalled an incident in 2016 when former Labour and Respect MP George Galloway came to speak at Aberdeen University and was "de-platformed" by left-wing student activists.

"Any incidents of that are somewhat odd; it happens far more often while out canvassing than at university".

He lightheartedly joked that Conservatives have come to live with much of the criticism which is sent their way and that the attacks come from all sides.

"You see a lot of t-shirts which read 'Never Kissed a Tory', for example, and honestly it's just something we learn to laugh at, and the other side does it too".

"If you don't get on with people and you're right-wing, people will always use your politics against you, and if someone was a left-wing socialist and they weren't a good character, I guess we'd use it against them as well", he added.

"I can't say I've seen a massive amount of hate towards Conservatives on campus; I don't know if that's because a lot of private education people go proportionately higher to Aberdeen than they would to Dundee, for instance".

Other Young Tories, however, have not shared Mackenzie's easy-going university experience.

21-year old Nathan Noble, who attends Abertay University, said that he had his attempt to put together a Conservative association shut down by the Students Union.

"I was just told come to this room and there would be a vote on my society", he explained.

"Seven voted for the society, fourteen votes against, and six abstained".

"All the other societies vote, but there's no headcount to check that everybody is from a society so that you could have, for example, your friend comes in, and there's no way of knowing who's voted".

"People who just don't like us could have come in and voted; there's no way of knowing", he said.

Mr Noble also said that every other society other than his was approved.

He believes that the vote was politically motivated, albeit shrugged it off as "inevitable" at a university.

Noble went on to explain that most people he speaks to don't know why they hate Conservatives and support left-wing parties.

"When I first tried to set up the society, loads of people were posting some abusive things online".

"Someone even posted that they need to stop me because I'm dangerous and financed by 'shadow corporations".

"I had a good chuckle about it at first, but then I realised it's actually not a joke, people might believe it", he said.

Nathan said he "respects" the union's decision and intended to continue building the Abertay Conservative Association unaffiliated with the university and working with the Young Conservatives.

The Abertay Students Association did not respond to a request for comment.

Accusations that Universities aew hotbeds of activism where Conservative views are silenced is oft-repeated.

This has been challenged however by a report by ChangeSU, which concluded that there were no incidents of student censorship in the last five years and restriction of speech on campus is still against the law.

Likewise, The Joint Committee for Human Rights (JCHR) claims incidents of no-platforming or withdrawing invitations from a speakers, are not examples of censorship.

While students on the right might not be actively having their views suppressed, it's possible that the unfriendly environment they manoeuvre may be impacting how confident they feel in expressing their opinions, and some willingly choose to remain silent.

While the Student Union refusing to allow the formation of a society may not technically constitute direct censorship, Scotland's 2010 Equalities Act excludes discrimination on the grounds of political opinion.

Equality of opportunity is "the prevention, elimination or regulation of discrimination between persons on the grounds of sex, marital status, race, disability, age, sexual orientation, language, social origin, or other personal attributes, including beliefs or opinions, such as religious beliefs or political opinions", the act stipulates.

In 2019, a study by Kings College London found that 59% of Conservative-voting students said they believe similarly-minded peers are "reluctant" to fully express themselves while at university.

Despite Brexit remaining a non-partisan aligned issue, a survey by Policy Exchange found that respondents on all sides of the European Union membership debate agreed that students in the class were much more likely to feel comfortable expressing support for Remain (87%) than for Leave (45%).

The government issued guidelines in February of last year, saying universities should intervene to protect free speech and that speakers should not be banned from campus because what they say may cause offence.

It may be unreasonable to expect the University campus to totally reflect the ideological array of the country as a whole, especially in the broadly left-wing Scotland. Still, Conservatives for the foreseeable future will be using their resurgent condition to make their voices heard.