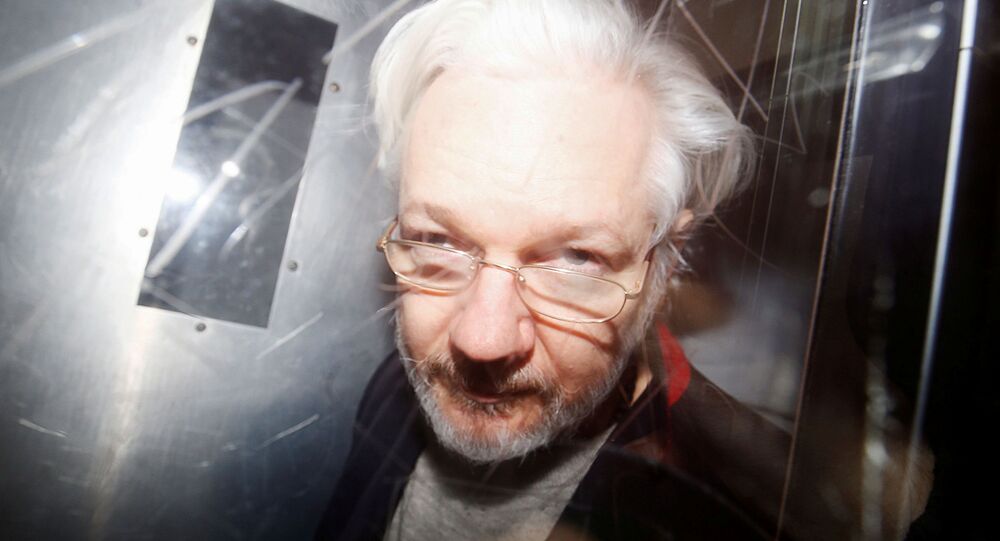 Julian Assange's main extradition proceedings begin on 24 February. The WikLeaks publisher faces 175 years in prison in the US for espionage charges related to his role in publishing classified documents revealing war crimes committed by US-led forces in Iraq and Afghanistan.

Westminster Magistrates' Court heard on 19 February that evidence will be submitted in the extradition case of Julian Assange pertaining to an alleged "pardon offer" made by US president Donald Trump to the WikLeaks founder.

During what was the final administrative hearing before the main proceedings begin at Belmarsh Magistrate's Court (sitting at Woolwich Crown Court), Edward Fitzgerald QC, who was representing Assange, told the court that US Republican Congressman Dana Rohrabacher made the pardon offer.

Fitzgerald said that a statement from Assange's lawyer, Jennifer Robinson, dealt with "Mr Rohrabacher going to Mr Assange and saying, on the instructions of the president, he was offering a pardon if Mr Assange would play ball and say the Russians had nothing to do with the DNC leaks."

In 2016, WikiLeaks published thousands of emails belonging to the US Democratic Party's Democratic National Committee (DNC). They revealed, among other things, that while the DNC was officially meant to remain neutral between the the various Democratic Party contenders for the 2016 US presidential elections, it was in fact heavily biased against Bernie Sanders and in favour of Hillary Clinton.

In 2017, it was reported by the Wallstreet Journal that former US Republican congressman Dana Tyrone Rohrabacher reached out to Trump, offering to broker a deal, which would involve a pardon for Assange in exchange for evidence Russia had no role in the DNC leaks.

Since the initial leak, the mainstream news agencies have been awash with claims from the Democratic Party establishment that the DNC emails published by WikiLeaks were hacked by Russia, though to date those claims have yet to be substantiated.

The main extradition hearings will be split into two parts, with the first due to begin on 24 February and which will run for one week. The second set of hearings will begin in April/May and will last an estimated three weeks.

The proceedings have been moved to Woolwich Crown Court, ostensibly because Judge Vanessa Baraitser wanted a venue which could offer more space for the public and press than is available at Westminster Magistrates’ Court.

Assange faces 175 years in prison if he is extradited to the US for what two Australian MPs, Andrew Wilkie and George Christensen, recently characterised as a political prosecution. The US charges relate entirely to Assange and WikiLeaks's role in publishing documents which revealed war crimes and other criminality perpetrated by US-led forces in Iraq, Afghanistan and US-occupied Guantanamo Bay, Cuba.