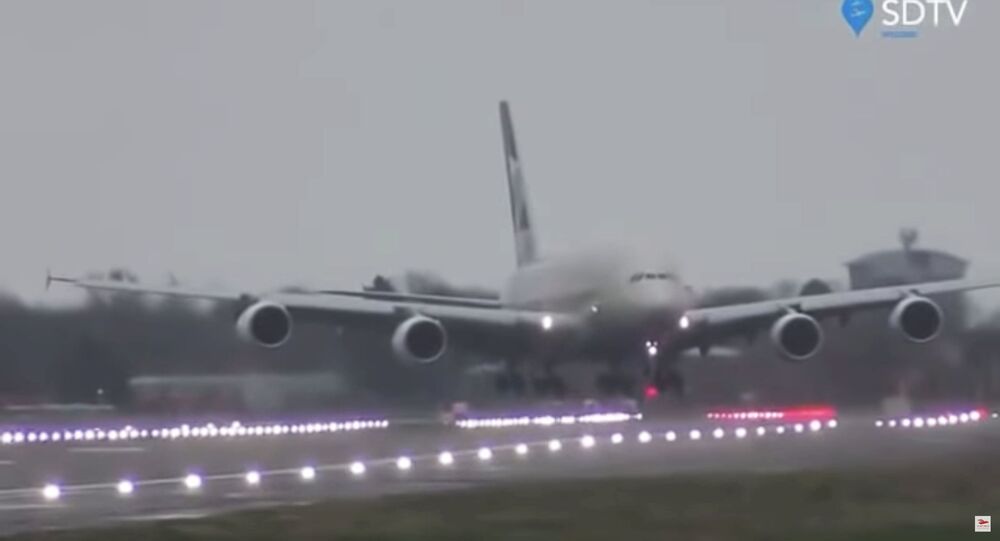 Storm Dennis that swept through the United Kingdom over the weekend and made the authorities issue a rare "danger to life" warning has so far caused the death of one person, disrupting flights and trains.

A video taken at Heathrow Airport in London has captured the moment when two highly skilled pilots land the world's largest plane, the Etihad Airbus A380, sideways as it battles heavy crosswinds.

While dozens of flights have been cancelled amid the raging Storm Dennis, the Etihad pilots managed to land on their first attempt, performing hard "crab" manoeuvre - a landing made perpendicular to the runway.

​Etihad Airways later confirmed that the plane was travelling from Abu Dhabi to London.

Northern Europe and the United Kingdom are being hit by stormy weather for a second week in a row. Storm Ciara that resulted in at least seven people being killed was replaced by Storm Dennis last weekend, which brought heavy rain, floods and powerful winds, making the authorities issue a "danger to life" warning.