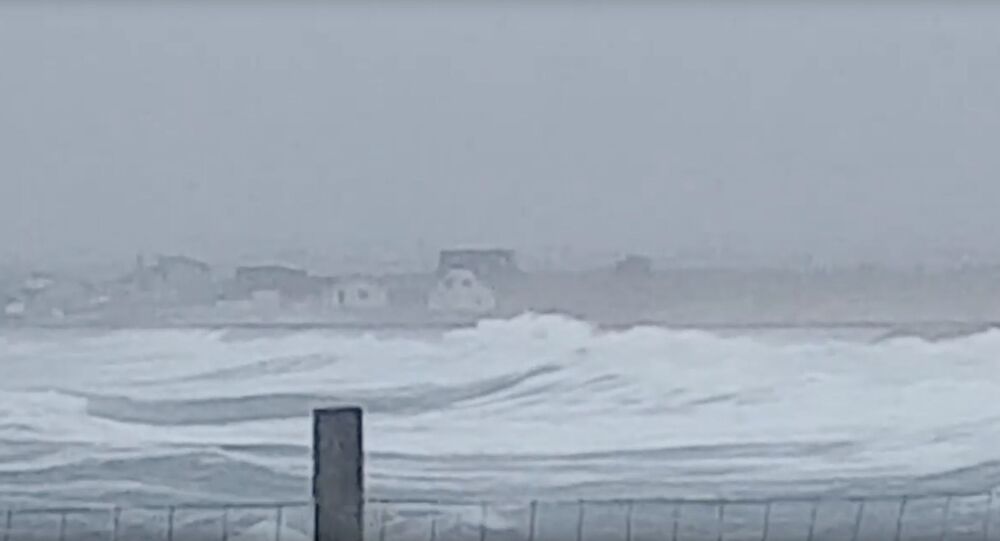 The European continent is being hit by foul weather for the second week in the row. After Storm Ciara ripped through the region, reportedly killing at least seven, meteorologists now warn of another impending storm. The UK national meteorological service (Met Office) has issued a warning for England and Wales.

The storm, dubbed Dennis, has brought heavy rain and powerful winds to Britain and is reportedly expected to remain over the United Kingdom for the entire weekend. According to AP, at least two persons have been killed due to the extreme weather.

Hundreds of flights have reportedly been delayed or canceled in the UK due to Storm Dennis. Netizens have, meanwhile, shared footage of the impact that the extreme weather has caused.

​One eyewitness caught on video the moment of short circuit caused by lightning hit a British district, causing an instant power outage.

​UK officials have forecast that Storm Dennis could cause extensive flooding and damage to property, adding that travel disruptions - including bus and train traffic -are expected to increase through Sunday.

© AP Photo / Jay Reeves
Videos: Heavy Rains Flood US Deep South as More Storms Forecasted
According to meteorologists, Storm Dennis gained momentum after combining with another powerful cyclone that barreled over Iceland days earlier. Storm Dennis has been rated one of the five strongest nontropical cyclones in the northern Atlantic Ocean in the current season.

"Storm Dennis will bring another very unsettled spell of weather this weekend with a risk of flooding, particularly in parts of England and Wales and also southern Scotland, where snowmelt will add to the flood risk", the Met office said in what appears to be something of an understatement.