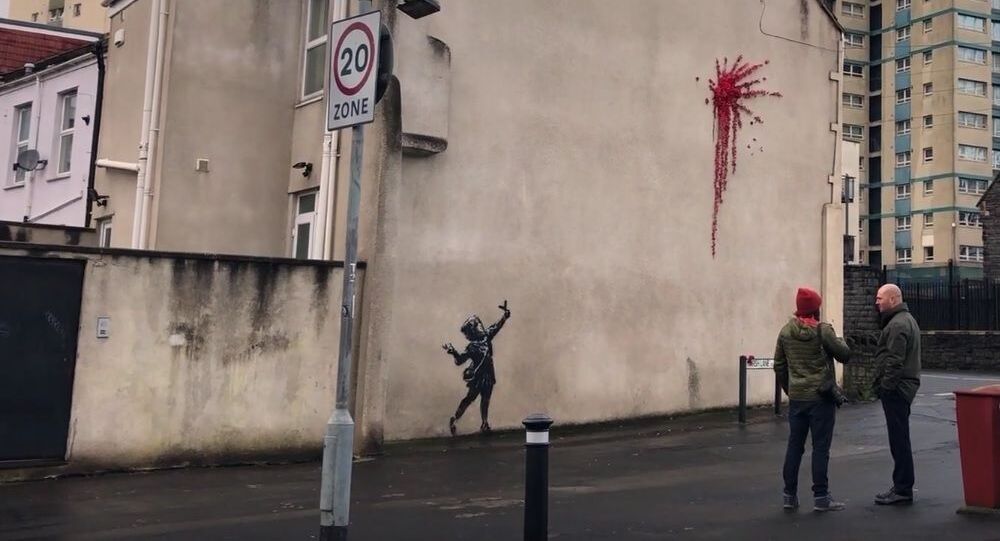 UK street artist Banksy confirmed on social media on early Friday that a stencil featuring a girl firing a slingshot of flowers is his.

News of the new graffiti broke on Twitter from the Bristol Somali Community Association on Thursday morning, stating that it had woken up to the "remarkable mural art painted on one of the houses of the area".

The street art was found in Barton Hill on a rented home owned by Mr Edwin Simons in Marsh Lane on his 67th birthday, the same day.

Mr Simons' daughter, Kelly Woodruff, 37, told the Press Agency: "We've been down here all day and it's just been a complete buzz of excitement. There's so many people coming and enjoying it, taking pictures, it's fantastic.

She said that despite a lot of debate on the authenticity of the mural, most people believed it was "100 percent" from the artist, with many calling the piece the "Valentine's Banksy".

"It's incredible and beautiful," she added.

But the family has mulled covering up the artwork with glass to preserve it, as well as shared concerns over Storm Dennis approaching over the weekend.

"My slight worry is, we've got this Storm Dennis coming on the weekend, so I really want to try and protect the roses," Ms Woodruff said.

Banksy later confirmed the artwork on an Instagram post to the surprise of Bristol residents. "LOVE IT", one user said. "Well done - again!"