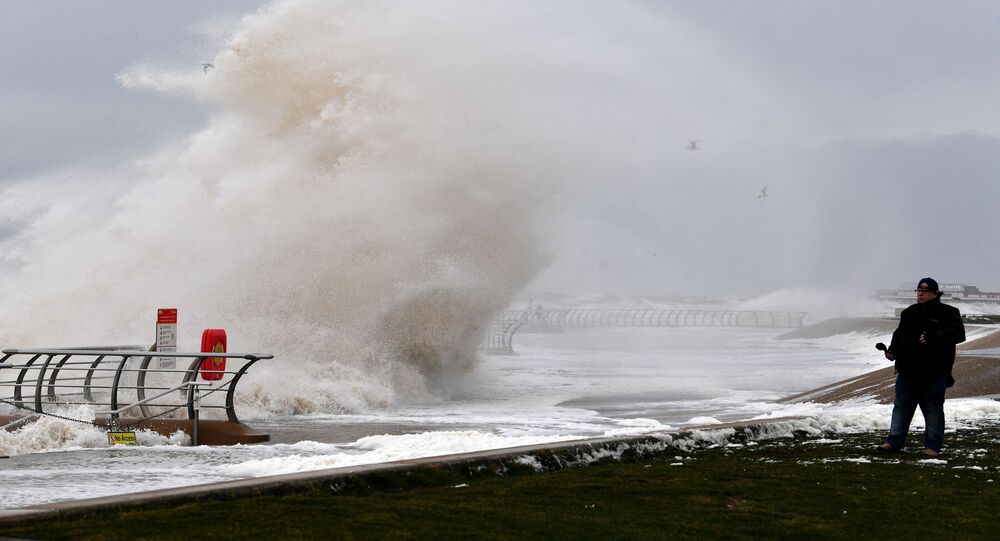 Authorities in Wales said more than 800 homes were still without power as a result of outages caused by the storm. Ciara also caused travel disruption in Wales with main roads blocked and train services suspended.

Yellow weather warnings for wind, snow, and ice will be in place across the United Kingdom as the country braces for the aftermath of the Ciara storm that hit Britain last week. The Meteorological Office has warned of blizzards and strong winds for Northern Ireland, Scotland, and northwest England. It said that the aftermath of Ciara may cause more travel chaos across the country.

The storm has already disrupted more than 100 flights and resulted in the closure of main roads in Wales and Northern Ireland due to floods. Weather forecasters said that 70 flood warnings are still in place across Britain. UK Power Networks said 2,000 properties were still out without power across the east of England and more than 800 in south and southwest Wales.

Authorities meanwhile have activated an emergency financial package, which will be used to help areas devastated by the storm. However, several MPs have criticised the government’s response to the storm. Philip Davies, member of the Conservative Party, representing Shipley said: "Many of my constituents who were flooded over the weekend are exactly the same people who were flooded on Boxing Day in 2015 which really is completely unacceptable".