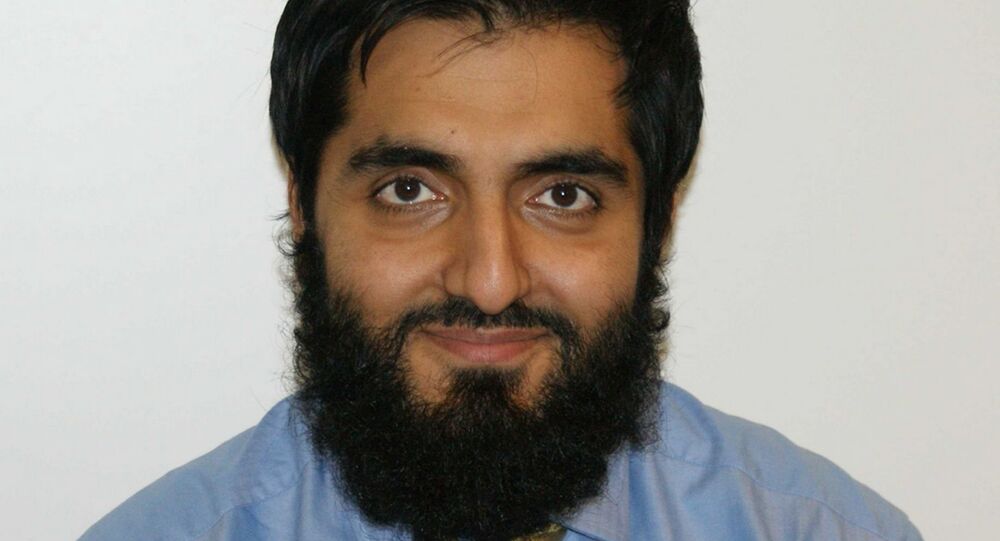 The issue of early releases for those facing terrorism charges has stirred a great deal of controversy in Britain, particularly since Sudesh Amman went on a stabbing rampage in Streatham last week, killing two people, before being shot dead by police.

A radicalised chemistry teacher who was locked away in prison for planning to join Daesh* in Syria is back on the streets of Britain after serving just two-thirds of his sentence, according to media reports.

30-year-old Jamshed Javeed was locked behind bars in March 2015 and sentenced to six-to-nine years for both helping his younger brother join Daesh as a suicide bomber and for trying to flee from Manchester to join the terrorist group himself.

Mr Javeed was prevented from going to Daesh’s so-called ‘Caliphate’ by his parents, who hid his passport and confronted him over his plans after discovering that he intended to go to Syria.

In an acrimonious argument, that was allegedly recorded by Mr Javeed’s sister on her phone, the concerned parents can be heard accusing the 30 year old of being “brainwashed” and contributing to the death of his own brother by encouraging him to go to Syria.

“Yeah, it’s my fault, totally my fault - I encouraged him,” Javeed reportedly says in the recording.

“Mohammed did the right thing,” he adds, referring to his brother’s decision to go to Syria.

This is Jamshed Javeed he is a convicted terrorist he has just been released from prison i suggest anyone seeing him should deal with him appropriately pic.twitter.com/TjHA7YYC2E

Should have sent him to Syria with just the clothes on his back. And not allow him back in the country!

So despite the latest terrorist attack and govt plans to stop it. another convicted terrorist was released on licence yesterday, jamshed javeed, govt red tape .when u decide to do something, like stopping early release then damn well get on with it.

Another Killer released from prison. Only time until he kills someone who is innocent.

According to reports, Mr Javeed’s father can be heard shouting to his son in the video, “you will find that out in court, what you’ve done wrong. All I have to do is make an allegation. You’re training people to go to Syria, to fight in Syria.”

Although Mr Javeed was initially given an extended sentence by the courts, last June a parole board reportedly signed on the dotted line to have him released back into the public halfway through his prison term in March 2020. However, it has been confirmed to various UK media outlets that Mr Javeed has already been freed from prison on an early release licence.

In an effort to prevent other such instances from occurring in the future, the UK government under Boris Johnson is working overtime to push new legislation through parliament that would both lengthen time spent in prison and suspend early releases for those convicted of terrorist offences.

The new legislation would also mean that offenders would only be let out of prison following approval for public safety by counter-terror experts. In the meantime, UK Justice Secretary, Robert Buckland, announced last Monday, February 3rd, that an emergency bill will be forced through parliament that will cancel pending automatic early releases for some 220 prisoners currently serving terror offences.

Those up for early release include a 42-year-old shopkeeper from Sunderland in the North of England, Mohammed Zahir Khan, who called for Muslims to chop off the heads of their enemies in a series of crazed Facebook posts.

“NOTHING wrong with chopping off the heads of your enemies,” Mr Khan is reported to have written in the posts that have since been removed.

“Welcome to the year of fear. IS [Daesh] will make this year the DEADLIEST EVER. Mr Kuffar [infidel] prepare for REAL WAR,” he is also alleged to have written.

We will introduce emergency legislation to ensure an end to terrorist offenders getting released automatically before the end of their custodial term.
This will also apply to serving prisoners.
2/4 pic.twitter.com/QSH7bP0foD

*Daesh, also known as IS/ISIS/Islamic State, is a terrorist group banned in Russia and other countries.