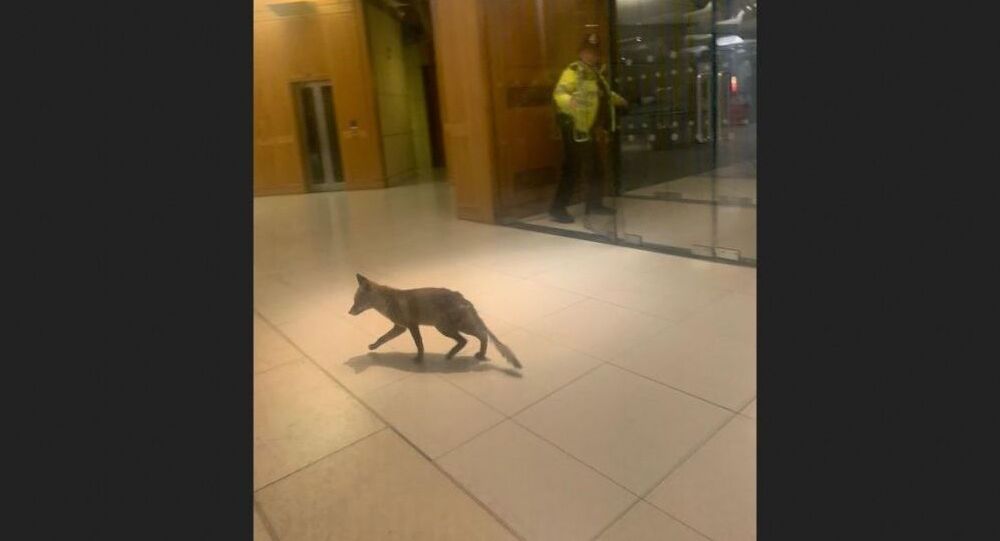 The good ole tradition of fox hunting briefly came alive in Britain in the most unlikely place – the Houses of Parliament. During the chase, the beast managed to outfox officials and make it to the fourth floor before being captured and removed in a box.

A fox has caused havoc in the British Parliament and apparently defecated in front of a Labour MP’s office.

The animal was spotted on Thursday night at Portcullis House, the building in Westminster that houses the offices of members of parliament and their staff.

According to reports from the scene, police tried to “shoo” the fox out of the building with “big gloves” as it climbed a staircase and reached the fourth floor.

The question is, who let the fox in? Apparently, it sneaked through the entrance past a security officer.

This way Sir please...fox runs amok in the Commons pic.twitter.com/ElK9ZERVzZ

The cops eventually captured the fox, carried it out of the building in a plastic container and released onto the streets of Whitehall.

The fox has been taken out of Parliament. Excellent work! pic.twitter.com/o8L7vQKopn

Labour MP Kerry McCarthy has become the victim of a practical joke.

“So apparently there was a fox running around in Portcullis House atrium about half an hour ago, and now I’ve just found this outside my office (2 floors up!)” she wrote in a tweet alongside a photo of the fox’s droppings.

Conservative MP Julia Lopez joked: “Just leaving Westminster office for the night and see a fox climbing escalator into Portcullis House. We have seen some strange things in Parliament since 2017, but this tops it!”