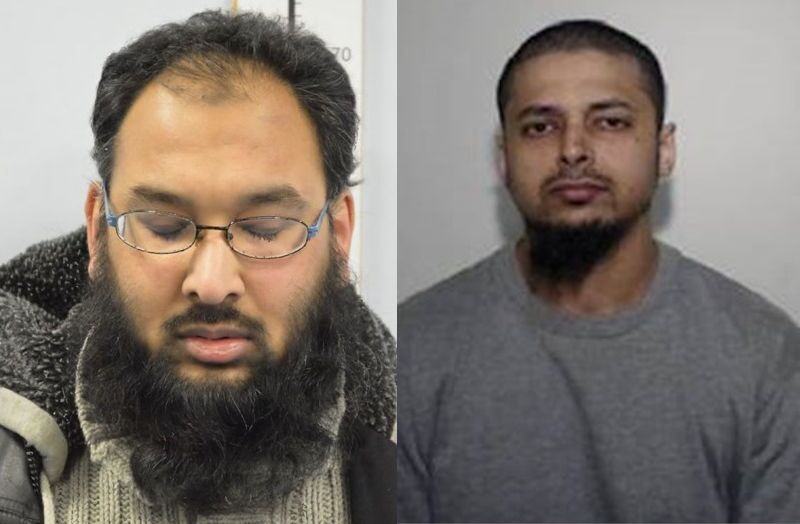 The Authentic Tauheed website was run by volunteers between 2012 and 2014. The website published transcriptions of speeches headed “No peace with the Jews” and “Declaration of War.”

Two British men who ran a terrorist website which transcribed speeches which praised al-Qaeda and Daesh* are being sentenced on Friday, 7 February.

Mohammed Kamali, 31, and Mohammed Ahad, 38, published sermons by Islamic preacher Sheikh Faisal, who was convicted of soliciting murder and stirring up racial hatred in 2003.

The website - which was set up by Faisal in Jamaica - praised Daesh and called on children as young as 12 to make bombs.

Counter Terrorism Police are reminding the public to remain vigilant and always report anything suspicious as two men await sentencing for publishing terrorism-related material on an extremist website.

​Among the speeches they transcribed were ones in which young Muslims were urged to wage violence and kill “kuffars” (non-believers).

Kamali, from Rochdale, Greater Manchester, and Ahad, from north London, face long jail sentences after being convicted of dissemination of a terrorist publication.

​The pair came to the attention of the police in 2016 when a 20-year-old woman was investigated after she shared terrorism-related documents on the website and on a linked Facebook page. She was convicted in 2017 for dissemination of a terrorist publication.

Counter-terrorism detectives identified Kamali and Ahad as administrators of the Authentic Tauheed website.

Both were arrested on 1 March 2017 and a search of their homes led to the discovery of digital media devices which confirmed they were the website administrators.

Detective Superintendent Will Chatterton had a special message for Islamist ‘keyboard warriors’: “I hope this sends a clear message to those thinking about engaging in such warped, criminal behaviour whilst hiding behind a computer screen - we will identify you, we will find you and ultimately, we will bring you to justice.”

Sheikh Abdullah el-Faisal - who was born Trevor Forrest and converted to Islam - was convicted in 2003 in Britain of soliciting murder and stirring up racial hatred.

CEP has long sounded the alarm on the danger of allowing noted Islamist propagandist Abdullah Faisal and his website Authentic Tauheed (cited 25 times in a recent FBI affidavit) to fester online. A must-read: https://t.co/8FKQfFlwXN

​After his release from prison he moved to Jamaica and ran the Authentic Tauheed website, on which he preached that “Islam does not mean peace.”

At Kamali and Ahad’s trial, prosecutor Matthew Brook said Faisal’s speeches would be uploaded by the pair.

Mr Brook said the speeches “would have been understood by some of their readers as encouraging them to join ISIS (Daesh) or to fight violent jihad.”

Commander Richard Smith, from the Metropolitan Police, said: "The capture and conviction of these two peddlers of harmful, extremist material was as a direct consequence of that network. We quickly identified the two offenders in different parts of the UK as online publishers of toxic ideologies which promoted terrorism and encouraged its readership to join Daesh in Syria."

*Al-Qaeda and Daesh (ISIS/ISIL/"Islamic State") are terrorist organisations banned in Russia and other countries.