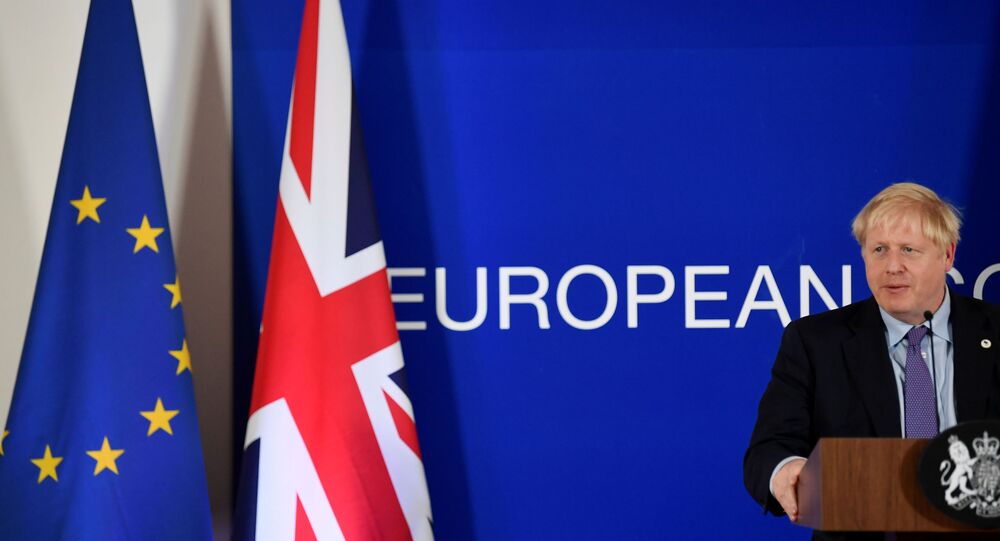 The UK officially ceased being an EU member on 31 January. For the next 11 months, London and Brussels will try to settle the pending issues in how they want their future relations to look like.

The British Foreign Office issued a series of instructions on language that department staff must use when talking about Brexit, according to The Guardian.

According to reports, staff have been banned from using certain words and phrases such as “implementation period”, “no deal”, “special partnership” and Brexit itself.

“Brexit is completed. So do not use the term ‘Brexit’, save as a historical event that took place on 31 January 2020,” the directive says, as quoted by the The Guardian.

Also the word “partnership” is banned when talking about future relations with the European Union.

EU leaders will convene a special European Council on 20 February to discuss the European Union’s budget for 2021-2027. The UK is expected to contribute to the bloc’s EU budget until the end of this year.

Earlier, EU chief negotiator Michel Barnier said his team would seek to defend and advance the interests of the 27-nation union, while aiming for solutions that respected the UK's choices.

The United Kingdom officially left the European Union on Friday, completing a three-and-a-half year process that began with the Brexit referendum in June 2016. Until 31 December, the UK will be subject to EU rules and regulations as part of a transition period that will give both parties 11 months to conclude a large number of agreements, including a free trade deal.