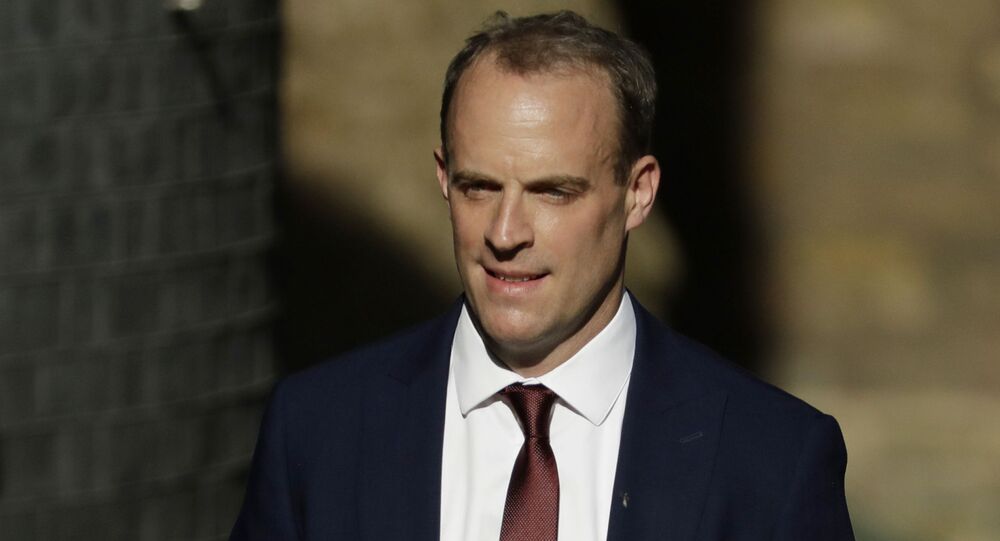 Irish Prime Minister Leo Varadkar earlier claimed that the UK hasn’t “yet come to terms” with it now being a “small country” since its divorce from the European Union, a remark that was repeated in a recent interview. Unsurprisingly, his comments have caused some outrage among British politicians.

UK Foreign Secretary Dominic Raab has responded to Irish PM Leo Varadkar’s earlier claims that Britain was now “a small country” following its exit from the European bloc, by warning the Irish politician to refrain from meddling in British politics as the latter is currently going through a “very competitive” election scheduled for next week.

“I think Leo Varadkar is in the midst of, shall I say, very competitive election in Ireland and I’m not going to interfere in Irish politics and I’d probably suggest he wants to refrain from doing the same”, Raab told Sky News when asked to comment on Varadkar’s remarks.

Last week, the Irish PM suggested that the UK should fully embrace the fact that it was now in a worse position than the remaining 27 members of the EU following Brexit.

“I don't think the UK has yet come to terms with the fact it's now a small country”, the Taoiseach said during an interview with the BBC last week.

This stance was reiterated during Varadkar’s Sunday video appearance on the BBC’s Andrew Marr programme, where the Irish PM said that he did not regret his statements.

More staggering, however, was his new round of harsh remarks for his neighbour during the show, as Varadkar roasted the UK Foreign Secretary’s telegram to British embassies worldwide, calling upon the nation’s representatives to now “sit separately” from European states during international summits and events.

“I think it just comes across as being a little bit petty”, Varadkar told the BBC host.

“It’s kind of when you’re in primary school or in, in secondary school that you get worried about who you sit beside in class”, the Irish PM said, while arguing that in most international forums countries tend to sit in alphabetical order or according to pre-set protocol arrangements anyway.

“So I don’t really know what that’s about, but it seems a bit silly. Surely everyone should be trying to work with everyone”, he continued.

Dominic Raab has not directly responded to this comment yet.

© REUTERS / HENRY NICHOLLS
Got Brexit Done: So What’s Next for Boris Johnson After Finally Leading UK Out of EU?
UK Foreign Secretary Dominic Raab’s telegram to British embassies reportedly urged the country’s envoys not to “seek residual influence” with European states at international events but rather to project the image of a “confident independent country”.

The developments follow Britain’s official departure from the European Union on 31 January, with the UK being the first country to ever do so. Britain now enters an 11-month transition period throughout which it will negotiate separate trade agreements with the remaining 27 EU member states, as well as other countries, including the United States.