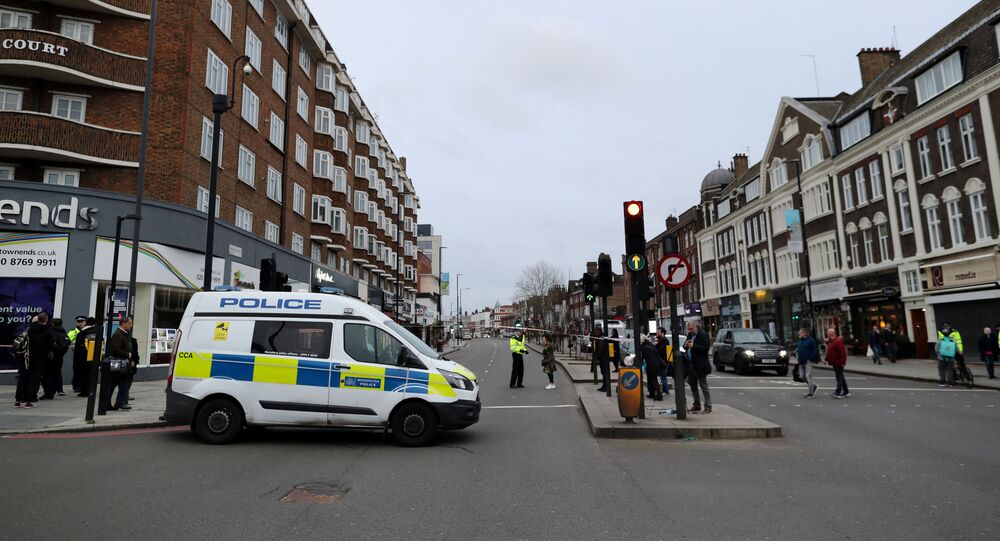 The issue of rehabilitating and monitoring former convicted terrorists stiffened in the wake of a November attack when a tag-wearing ex-prisoner stabbed to death two and injured three others.

Sudesh Amman, the perpetrator behind Sunday's stabbing attack on a London street, had been released from jail just days prior to the incident and was at the time under police counter-terrorism surveillance, the authorities said Sunday, as cited by The Telegraph.

The 20-year-old had been automatically freed from prison despite police having concerns over his conduct, they admitted, after serving halfway through a three-year and four month jail sentence for possessing a manual on making bombs.

During the incident, he was understood to be wearing a police monitoring tag, with plain clothes officers tracking the criminal down within eight seconds of stabbing the first of the two victims. Law enforcement subsequently shot and killed the perpetrator.

Two people were attacked by Amman in broad daylight on a busy street, Streatham High Road, on Sunday. One was killed, while the other was struggling for their life in hospital overnight. Daesh* has reportedly claimed responsibility for the attack.

With public security increasingly threatened after at least two recent attacks carried out by terrorists on parole, the authorities are facing ever stiffer demands for the people to be sent back to jail, but law enforcement is currently in no shape to keep them behind bars.

On Monday, Johnson is expected to make an emergency statement to announce plans for "fundamental changes to the system for dealing with those convicted of terrorism offences".

Following November’s London Bridge attack, the government vowed tougher monitoring for convicted and suspected terrorists including in probation hostels, so authorities can keep a closer watch on them after their release.

The Sunday attack happened after Britain had barely recovered from a similar incident on 29 November, when a knife-wielding man identified as 28-year old Usman Khan, convicted in 2012 for terrorism offences and released in December 2018, went on a stabbing rampage leaving two dead and three injured on London Bridge.

* Daesh (aka IS/ISIS/Islamic State) and al Qaeda are terror groups outlawed in Russia and many other countries.

Dawn of a New Day: London Wakes Up After Leaving the European Union – Video