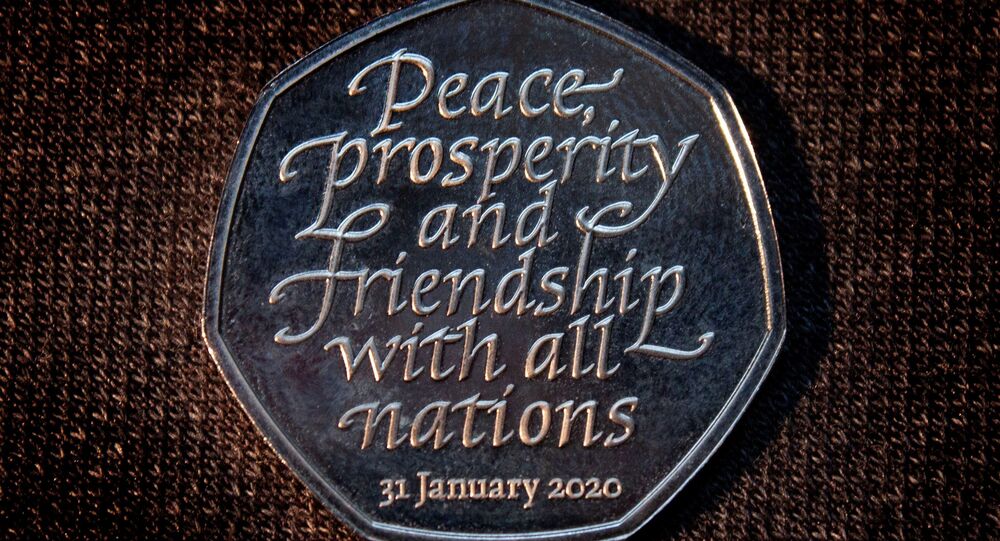 Produced by the Royal Mint, the coins dubbed 'Brexit 50p' editions will appear in loose change from 31 January.

Over three million newly minted coins are entering circulation on Friday to mark the UK's exit from the EU.

The design of the coin features the words "Peace, prosperity and friendship with all nations" and is followed by the date of the country's withdrawal from the European Union.

According to the Daily Mirror, the coins will be available in Brilliant Uncirculated, Silver proof and Gold Proof editions.

A commemorative version of the coin is available for order on the Royal Mint website, and more than 13,000 people have already registered their interest in buying it. Apart from this, people will be welcome at the Royal Mint for 24-hours to strike their own commemorative coins.

The UK is officially leaving the EU on 31 January. This comes after three years of fierce debates and government reshuffles following a referendum in 2016 when the majority of Brits said 'yes' to the country's withdrawal from the EU.