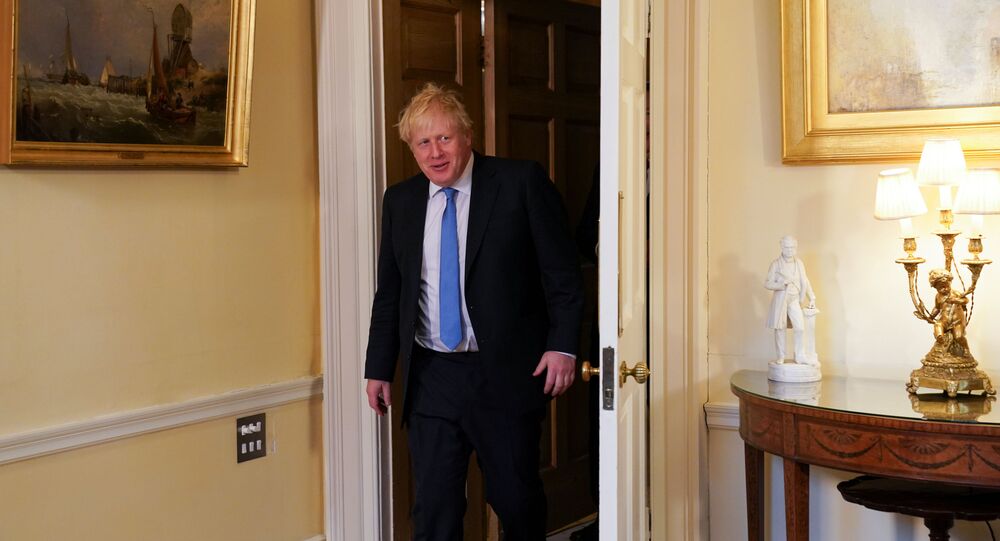 The UK’s withdrawal from the EU on Friday will be followed by an 11-month transition period, during which Britain will remain committed to the existing trade deals with the bloc, but will be able to negotiate new such agreements with EU members and other countries.

British Prime Minister Boris Johnson wants an EU-UK trade deal based on the one clinched between the bloc and Canada, The Times reported on 31 January, the day of Britain’s exit from the EU.

The newspaper said that in a keynote speech on Monday, Johnson will allegedly signal his readiness to accept the so-called “off-the-shelf” Canada model which was first initiated by the EU’s chief negotiator Michel Barnier.

By mentioning a Canadian-style trade deal with the EU, he is referring to the CETA, or the Comprehensive Economic and Trade Agreement. Under the deal, almost all tariffs on traded goods have been eliminated. Canada is not subject to EU legislation and is not forced to pay the bloc any money under the terms of the trade deal.

The UK Treasury, for its part, warned that the British economy may shrink 4.9 percent under the off-the-shelf deal.

In this vein, The Times quoted three EU leaders as saying that they will block the UK’s any attempt to negotiate a Canada-style free trade deal unless London fails to adhere to key European rules.

The newspaper also referred to a senior government suggestion that the UK will seek to have its own agencies and switch to a system of “regulatory co-operation”, which may help it develop its own rules and regulations.

“It’s the inevitable consequence of moving to a Canada-style free trade agreement. There are going to be two separate regulatory zones. The prime minister has been clear that we will not be a ‘rule-taker’, and this is part of what he means by that”, the source argued.

Dr Richard Wellings, Acting Research Director at the the British think-tank, the Institute of Economic Affairs, believes that reaching a Canada-style trade deal with the EU should "in theory be relatively straightforward" because the United Kingdom and the bloc "are obviously starting from a point where trade between them is tariff free and there is a high degree of alignment".

"However, the EU elite may wish to make negotiations as difficult as possible for the UK in order to deter other member states that might be considering leaving the bloc. But there will also be pressure from EU businesses to avoid too much disruption, especially given the poor outlook in the eurozone. The prospect of losing exports to the UK market, risking a recession in the eurozone, might encourage EU negotiators to make concessions", Dr Wellings says.

According to him, the Treasury's post-Brexit forecasts for the UK economy should not "be taken seriously" since its "predictions have been wrong time and time again".

"As a newly independent country, Britain's economic fortunes will very much depend on the policies adopted by the government. If it decides to slash red tape (much of it inherited from the EU) and free up trade with the rest of the world, then the UK's long-term growth rate could be significantly higher than it would have been as an EU member".

David Bailey, professor of business economics at Birmingham Business School and co-author of a book "Carmageddon: Brexit and Beyond for UK Auto", has also offered his views on the impact of such a deal on the broader economy, having cited a research by the UK in a Changing Europe programme that suggests that "a minimal free-trade agreement would have a significant ecnonomic impact".

"It analysed the effect of changes in UK-EU trade barriers on aggregate real income per capita ten years after any new trading arrangements are introduced (this gives the economy time to adjust, so can be seen as the long-run impact). It estimates a hit to income per capita after ten years of 2.5% (and 6.4% if productivity impact are included) while for a WTO exit, the impacts are 3.3% and 8.1%. Not surprisingly, trade bodies representing manufacturing industries have been expressing concern", he says.

Bailey has also recalled that back in October 2019, "aerospace, automotive, chemicals, food and drink and pharmaceutical industry bodies came together to warn the government that the kind of bare-bones trade relationship that it seemed to be aiming at in the political declaration was problematic for them and could pose a 'serious risk to manufacturing competitiveness'. The auto industry is especially exposed to the form of trade deal arrangement that is pursued".

Britain is set to withdraw from the European Union later on Friday in the face of two previous failures to break away from the bloc.

The UK's trade talks with the EU member states remain a sticking point and are expected to continue over an 11-month transition period following the withdrawal.