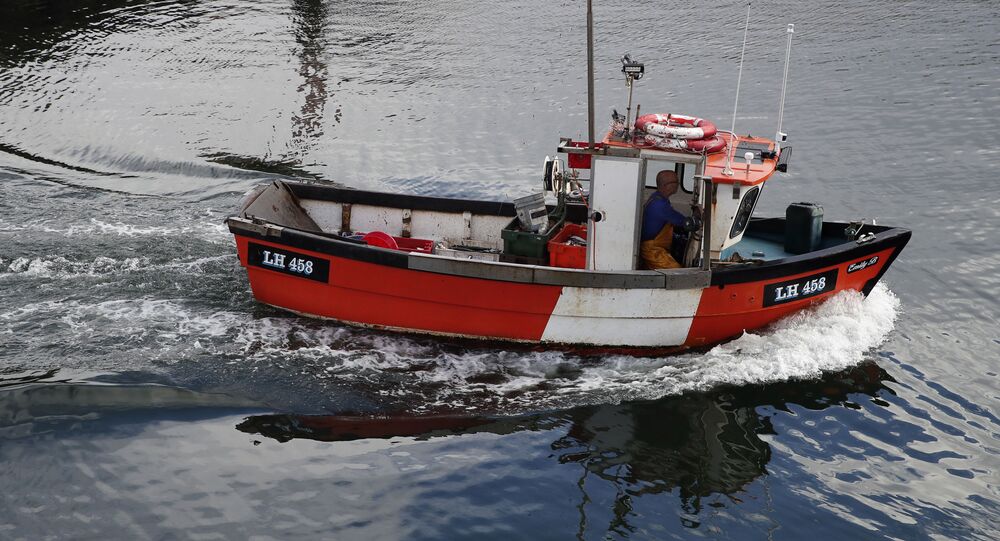 The issue of sovereign access to UK fishing waters has been a contentious aspect of the Brexit campaign, with Leave supporters demanding the UK obtain full fishing rights and not allow EU vessels to take larger portions of the existing stock.

The new fisheries bill, which was brought to parliament on Wednesday, will end the automatic right of EU vessels to fish in British waters.

While it prevents the automatic right to access, the bill does maintain that vessels registered in the EU may fish in UK territory.

“This new bill takes back control of our waters, enabling the UK to create a sustainable, profitable fishing industry for our coastal communities, while securing the long-term health of British fisheries", said British environment secretary Theresa Villiers.

"Leaving the EU’s failed common fisheries policies is one of the most important benefits of Brexit. It means we can create a fairer system."

Measures included within the bill will aim to maintain a level of “climate-smart” fishing in UK waters, which remains consistent with the government’s environmental commitments, and will provide financial support to British fishing communities.

"New provisions in the bill will mean the UK will take into account the impacts of climate change on its fisheries, with a new objective to move us towards ‘climate-smart’ fishing," said Barrie Deas, chief executive of the National Federation of Fishermen’s Organisations.

Some campaigners, however, claim that the law does not sufficiently protect declining fish stocks and contains loopholes for fishing to go beyond sustainable levels.

“This [bill] will only work if the government closes loopholes in the last bill that allowed ministers to exceed fishing limits. The focus we can expect on rights and access over the next few months must be matched by more detail on how the government will actually ensure sustainable fishing," said Patrick Killoran at Greener UK.

Activists are also concerned that ministers could dilute the commitments to sustainable fishing practices and have called for clarity on whether quotas will apply to small vessels and for the government to introduce cameras on boats to carefully monitor activity, such as whether fisherman were discarding their catch.

"The bill falls far short of the government’s election manifesto promise to secure sustainable fisheries. A clear requirement to set sustainable fishing limits is vital to protect fish populations and work towards ocean recovery, but this is absent from the bill. Key conservation measures to safeguard over-fished species will be removed once the UK leaves the EU, and will not be replaced in the bill", claimed Sarah Denman, an environmental lawyer at ClientEarth.

She labelled the policy an "important test" of the degree to which the UK government is serious about maintaining sustainable fishing practices following Brexit.

Control over UK fishing waters has been a key issue regarding British sovereignty throughout the Brexit campaign, and could easily become a bargaining chip during negotiations over the EU-UK trade deal during the 2020 transition period.

Top EU officials have explained that they believe that London's status as the European financial sector should depend on access to the UK's waters for European fishing.

Despite the UK’s fishing fleet employing around 11,000 people and the industry being worth around £1 billion to the economy, since the 1970s British relations with the European Union have led to EU member-statess take increasingly larger proportions of the fish in UK waters than its domestic fleet.