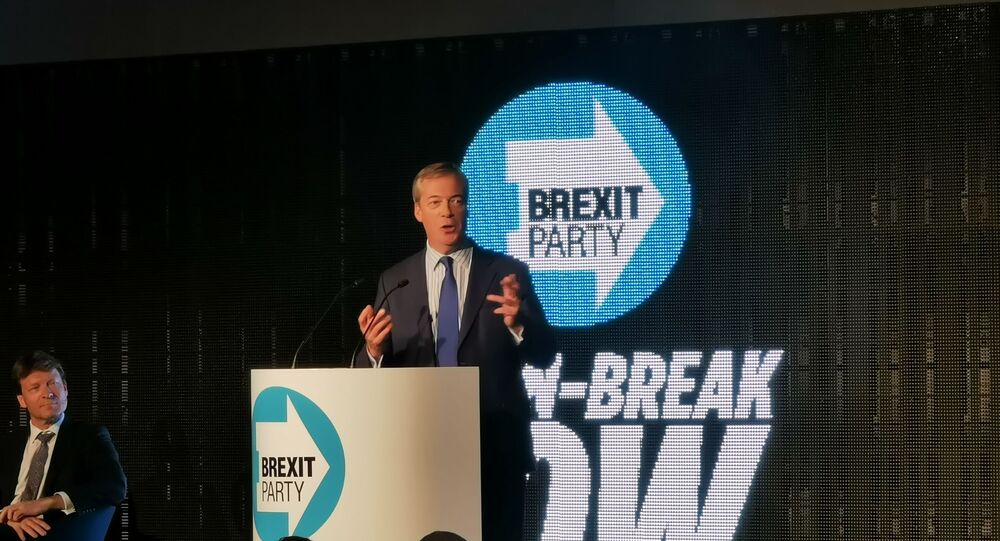 The comments were made during a press conference in Brussels just before the maverick MEP's final speech in European Parliament, as well as days before the UK exits the European Union.

Another vote may not be "wholly unreasonably" after Brits can determine the effects of their post-Brexit policies, he told MEPs on Wednesday, adding that he would miss being the "pantomime villain" of the EU's legislative body.

He said: "I will miss some of the drama, I will miss being the pantomime villain - the guy that gets up and 500 people start booing."

Farage added that he would "do his best" to "get some audience participation" for his last speech set to take place in the afternoon.

Speaking to the press, the top Eurosceptic said that Brexit was a "victory for grassroots campaigning" as the "entire UK establishment" had put up fierce opposition.

"Whatever my criticisms may be of the political system in the UK and its need for urgent reform, in the end what this shows is that it still actually works. So, I'm going to be celebrating the fact that democracy and the will of the people has triumphed at 11 o'clock this Friday.

The news comes as British MEPs attend their last meeting in the European Parliament on Wednesday and are set to finish their service on Friday at midnight CET, when the UK formally leaves the bloc. Euroskeptic MEPs were voted into Brussels following the UK's European parliamentary elections in late May last year, with UK Boris Johnson's landslide victory for an extended term in office following snap elections on 12 December last year.

The British Prime Minister vowed to take Britain out of the EU 'come what may' with a deadline of 31 January after period of political wrangling in Commons over the government's Withdrawal Bill. The legislation later gained Royal Ascent and was signed by EU Commission president Ursula Von Der Leyen and EU Council president Charles Michel on Friday last week.