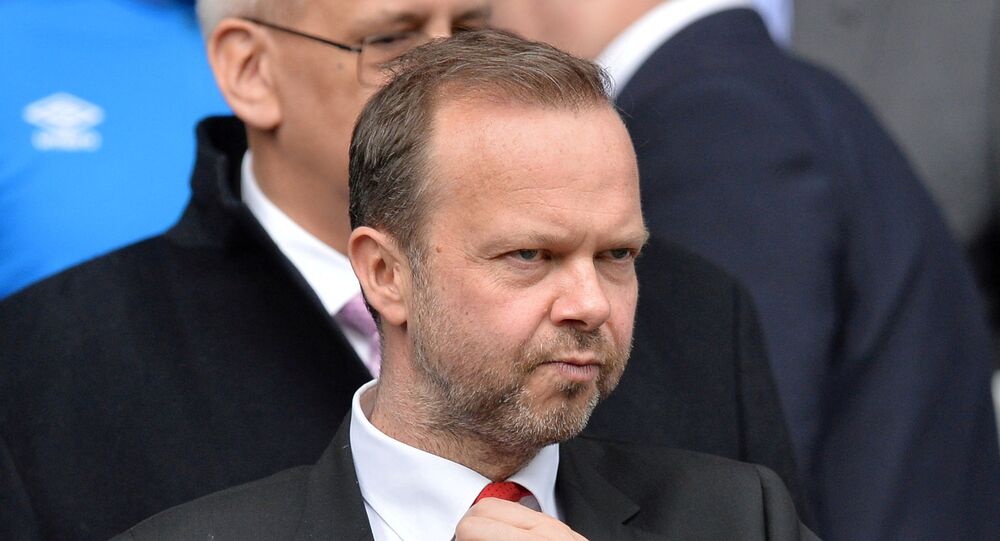 Manchester United is on the brink of missing the Champions League for the second season in a row. The Red Devils currently sit six points behind the top four teams, with just 14 matches remaining in the English Premier League. Club chief executive Edward Gareth 'Ed' Woodward has reportedly been blamed for the unsatisfying performance by The Reds.

As Manchester United's game continues to decline, Woodward's managerial skills have come under scrutiny by the club fanbase - notoriously known for episodes of aggressive behavior - some of whom expressed their indignation by attacking Woodward's £2million ($2,6 million) Cheshire mansion.

Man Utd fans throw flares at Ed Woodward’s house in shocking scenes as anti-board protests escalate. pictures show a gang of around 20 hooded supporters - some of whom are members of United’s notorious “Men In Black” hooligan firm - targeting the £2million Cheshire mansion. pic.twitter.com/OdUIFMMsqk

​Footage has been surfacing on social media showing an angry mob claimed to be Manchester United fans throwing flares at what is claimed to be Woodward’s mansion. Hooligans also reportedly chanted the tune of the famous 19th-century American folk song, Clementine: "Build a bonfire, build a bonfire, put the Glazers on the top, put Ed Woodward in the middle and burn the f***ing lot".

"Manchester United Football Club have tonight been made aware of the incident outside the home of one of our employees. We know that the football world will unite behind us as we work with Greater Manchester Police to identify the perpetrators of this unwarranted attack. Anybody found guilty of a criminal offense, or found to be trespassing on this property, will be banned for life by the club and may face prosecution. Fans expressing opinion is one thing, criminal damage and intent to endanger life is another. There is simply no excuse for this", the statement said.

© AP Photo / Saudi Press Agency
Saudi Prince Reportedly Offers Nearly $5Bln for Manchester United
According to media reports, neither Woodward nor any of his family members were present in the house at the time of the incident.

Woodward has reportedly been particularly blamed for controversial transfer operations that allegedly lead to a series of club failures.

Woodward - previously an investment banker at JP Morgan & Co, famously bailed out by the US Treasury during the 2008 financial crisis - has been managing club operations since 2013, and the Red Devils have not claimed the championship since that time.