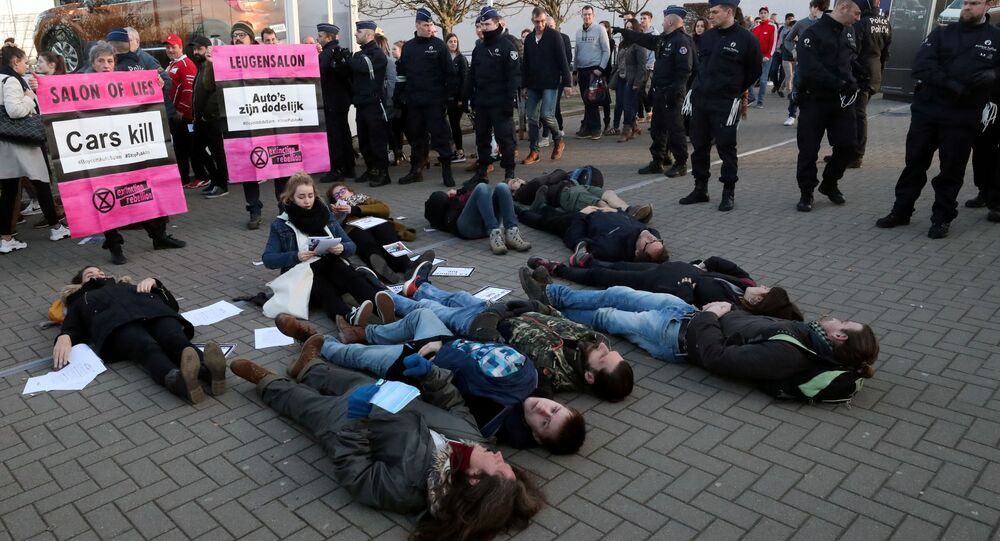 The Extinction Rebellion environmental movement - notorious for organizing rallies to attract attention to urgent ecology issues - was reportedly included by a UK counter-terror policing team in a list of extremist groups, alongside radical Islamic fundamentalists and neo-Nazi terrorists.

The document, since recalled by the south-east division of Counter Terrorism Policing (CTPSE), was sent to various British governmental departments including the Home Office, the Department for Education, the Ministry of Defence, the Prison Service and the National Health Service (NHS), Ofsted, several local authorities, five police forces and the Counter-Terrorism Policing Headquarters (CTPHQ) in London, according to The Guardian.

CTPSE later dubbed the characterization as an “error of judgment”, adding that it “was produced at a local level”, claiming that recipients had not opened the message containing the description before it was recalled, according to the report.

The news about the false blacklisting of climate change activists stirred up community members of Extinction Rebellion, who quickly demanded an explanation.

"We need to find out who knew what and when. But more importantly, we need to know why. Why are they trying to silence a peaceful, non-violent movement of people who are trying to make sure the world's children have a future?", a spokesperson for Extinction Rebellion said, cited by The Guardian.

"The worrying aspect about these revelations is that nobody inside the police or at the Home Office thought to question the guidance that included Extinction Rebellion alongside extremist groups, when it was first produced, or when it was subsequently circulated. It is worrying that it seems to have slipped through the scrutiny net without any critical analysis", Cooper said, cited by The Daily Mail.

A spokesperson for CTPHQ clarified that the incorrect statement contained with the document "was not sent for our review or approval, nor was it forwarded on by the individual that received it to others".

The head of CTPSE, Kath Barned, earlier told UK-based media outlets that British authorities do not classify Extinction Rebellion as an extremist organization.