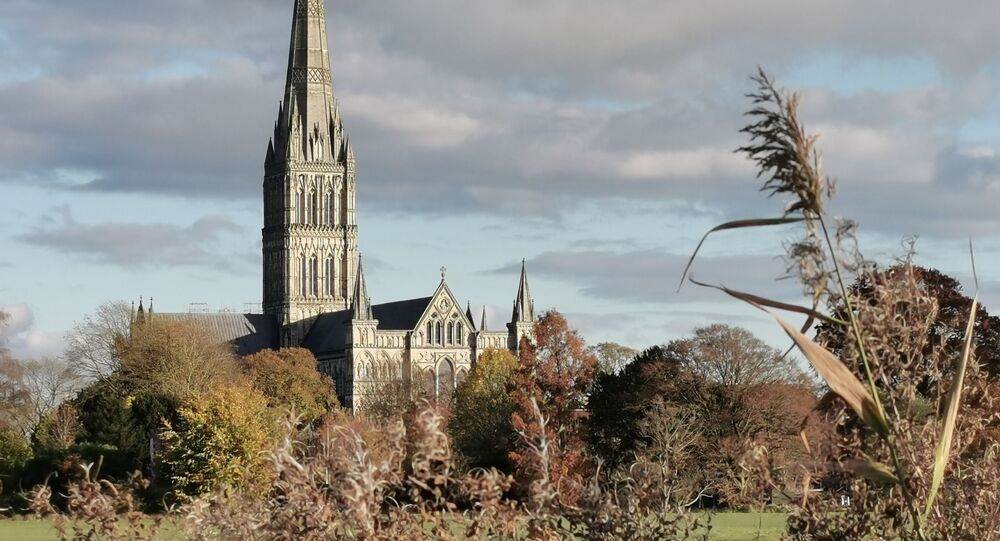 The ongoing trial revealed on Monday statements from prosecutors and attendees at the iconic cathedral in northeast, where an important document on democracy was vandalised by the defendant.

Mark Royden, 47, from Kent, attempted to steal a copy of the Magna Carta from Salisbury Cathedral, but was thwarted by visitors and personnel, a local court heard on Monday.

The defendant triggered a fire alarm before attempting to to smash glass protecting the 800-year-old document at the Wiltshire-based cathedral in October 2018.

But passersby, including a stonemason and American tourists, managed to tackle him before he could damage the artefact.

© Sputnik / Demond Cureton
Holes within the glass that protected the Magna Carta at Salisbury Cathedral
Prosecutor Rob Welling told Salisbury Crown Court that safety glass had protected the "important, historic document" from Mr Royden's attack, in addition to the "good-spirited visitors and staff" at the scene.

Mr Wellling told jurors that the attack had been "planned" after Canterbury resident wore a hooded top to "hide his face" from cameras and witnesses during the late-afternoon attack.

But Royden told police that he had doubted the document's authenticity and denies all charges.

Cathedral outreach worker Leigh Chalmers told jurors that Royden "looked like somebody who knew where he was going". The defendant allegedly caused £14,466 in damages to the glass, according to the hearing.

Dresden Museum Confirms Theft of Jewel-Encrusted Items Worth About $1.1 Billion

French Man Arrested for Snatching $1.2 Mln From Ex-Partners Out of Revenge in Historic Bitcoin Theft