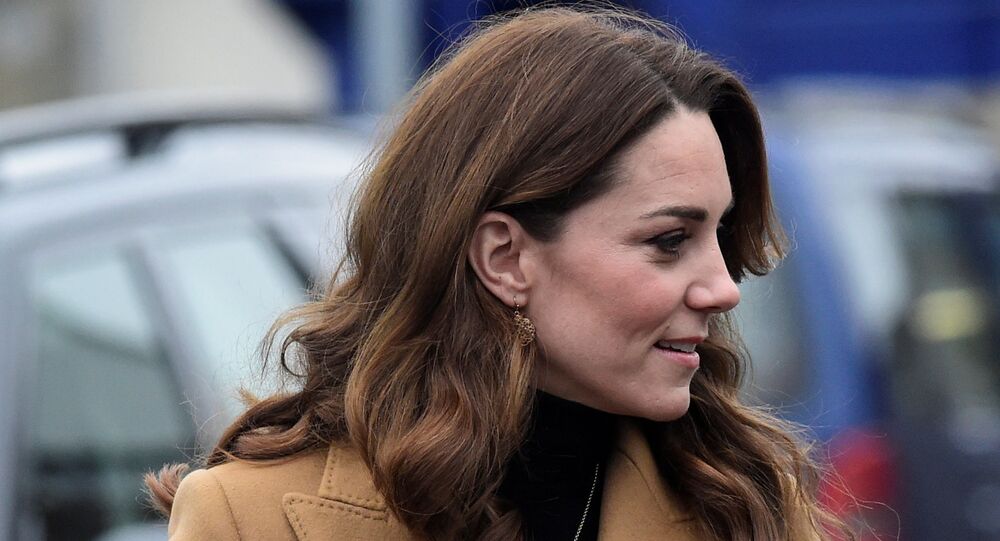 An upcoming British exhibition devoted to Holocaust survivors to mark the 75th anniversary of the end of World War II will not only feature works by professional photographers but will also present photos from a royal amateur, Prince William’s wife Kate Middleton.

According to The Crown Chronicles, the photos were taken by the Duchess of Cambridge as part of an upcoming exhibition devoted to commemorate 75 years since the end of the Second World War and horrors of the Holocaust that will open later this year.

The Duchess released two portraits, one featuring 84-year-old Steven Frank, originally from Amsterdam, with his teenage granddaughters Maggie and Trixie, and another depicting German-born 82-year-old Yvonne Bernstein, who was in hiding in France throughout most of the horrors of the Holocaust, and was pictured alongside her granddaughter Chloe Wright.

The Duchess of Cambridge has photographed Holocaust survivors with their grandchildren to mark Holocaust Memorial Day. The portraits, taken at Kensington Palace, will form part of a new exhibition bringing together 75 images of survivors and their families. pic.twitter.com/5NHp4CGuqG

​Kate Middleton said that she tried to make the portraits “deeply personal” to Holocaust survivors to portray “a celebration of family and the life” which they managed to build since arriving in Britain in the 1940s.

“Despite unbelievable trauma at the start of their lives, Yvonne Bernstein and Steven Frank are two of the most life-affirming people that I have had the privilege to meet”, the Duchess revealed. “Their stories will stay with me forever”.

The project is a collaboration between the Holocaust Memorial Day Trust, Jewish News, and the Royal Photographic Society. The final exhibition will reportedly feature 75 powerful images of Holocaust survivors and their families, taken by various photographers across Britain.

© CC BY 4.0 / Office of the Governor-General / Official calls and evening reception for TRH The Duke and Duchess of Sussex
Meghan Markle Finds Being ‘Pitted Against’ Future Queen Kate Middleton ‘Challenging’ Claims Source
“It was a true honour to have been asked to participate in this project and I hope in some way Yvonne and Steven's memories will be kept alive as they pass the baton to the next generation”, Kate Middleton concluded.

The Holocaust was one of the most tragic events in our recent history that saw a systematic murder of nearly six million Jews worldwide. On Monday, the Duke and Duchess of Cambridge will participate in a commemorative ceremony in Westminster, devoted to UK Holocaust Memorial Day.