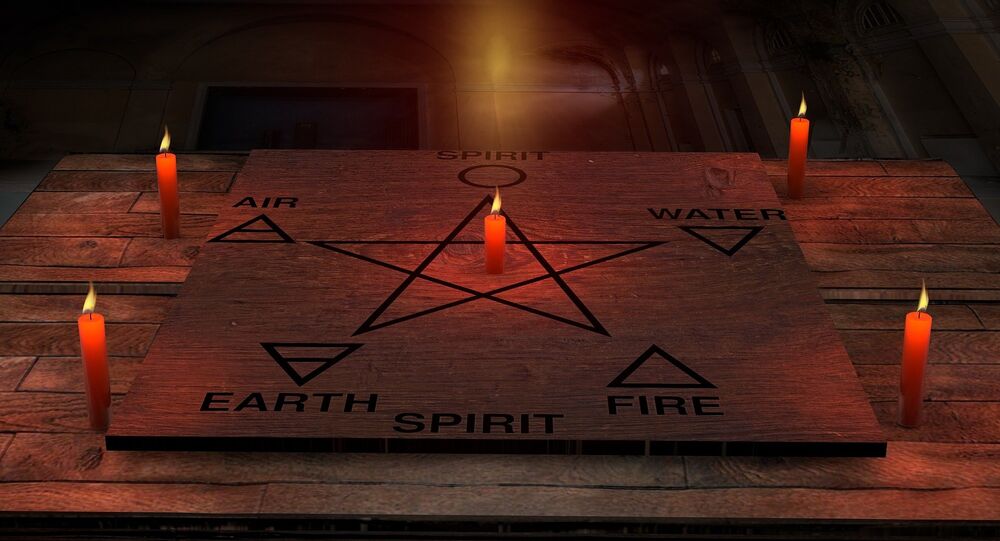 After a number of local farm animals started turning up dead, locals in Hampshire soon realised that they had something more sinister on their hands when the infamous pentagram symbol started to appear on the bodies of murdered sheep.

British police have arrested a 41-year-old man over the killing of multiple sheep in what is being treated as a series of Satanic “occult” attacks.

Police had already been carrying out investigations after an unknown person began killing farm animals back in November 2019, some of which had the Satanic pentagram painted on them.

Hampshire police reportedly arrested the man yesterday on suspicion of six counts of criminal damage after the slain animals had been discovered in the New Forest area to the far south of England. The string of sheep killings began back on 25 November 2019, when the body of one was discovered with deep stab wounds and Satanic symbols sprayed onto its body. Several cows were also said to have been wounded in the same area.

Then, in early January police found a female sheep that had also been stabbed to death, but this time the corpse had a cross made of hay and a broken pitchfork placed next to it in what appeared to be some kind of ritual.

Then, on Wednesday January 22, three more slain farm animals were found, including another dead sheep covered in a black pentagram symbol. In another more gruesome attack, one animal was allegedly found that had its belly slit open and its entrails removed.

Killing animals is forbidden in Satanism. Satanists are atheist.
People who do things like this are usually a branch of Christianity who believe the devil is real.

LOOK HIM UP AND THROW AWAY THE KEY NO PLACE IN THIS ALREADY. ANIMAL ABUSIVE WORLD FOR ANYMORE 😡😡😡😡

A Hampshire police spokesman is quoted as saying that the arrest related, “to the deaths of sheep in Wittensford Lane and Kewlake Lane, Cadnam and Penn Road, Bramshaw.”

“A 41-year-old man from Winchester has been arrested on suspicion of six counts of criminal damage. He remains in custody at this time,” the statement added.

The Daily Mail quoted a local sheep farmer, Wendy Maughan, as saying that, “I have seen some of the dead animals. From what I have seen they have clearly been killed or maimed in the same manner. It is clearly linked to the others. It is definitely the same people doing this. For us as a community we just want this to be over. It has been going on for some time now and it is getting serious.”