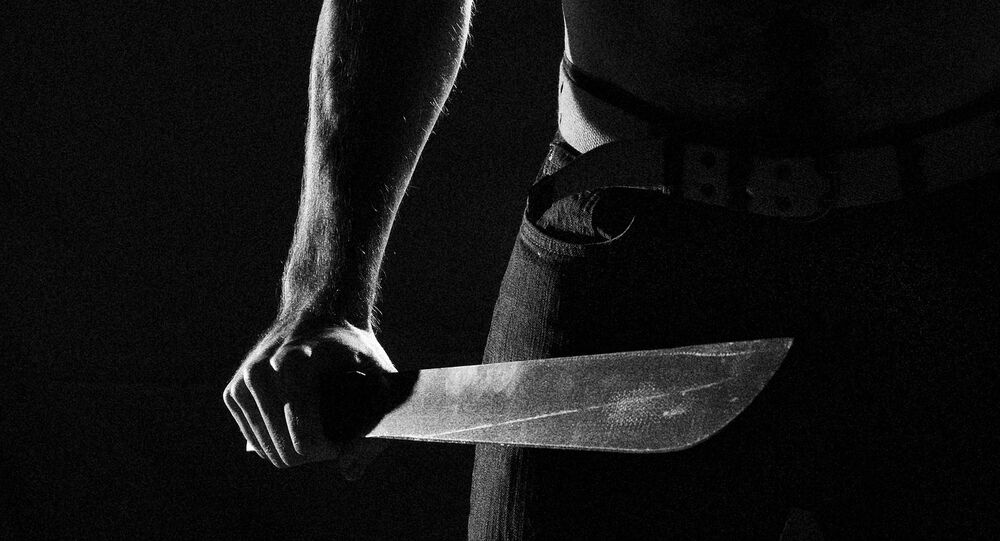 Social media has reacted strongly to the news that a man who attacked a London police officer with a machete had a string of convictions for violence and rape. The Metropolitan Police has released video footage of the officer being attacked.

A man with a string of convictions for violence has been jailed for 16 years by a judge in London for a machete attack on a police officer.

Muhammad Rodwan, 56, attacked PC Stuart Outten last August after he made a routine traffic stop amid concerns that Rodwan was driving a van without insurance.

Muhammad Rodwan, 56, grabbed the rusty weapon and swung it at Pc Stuart Outten when a routine traffic stop. In Leyton pic.twitter.com/KQOJBPpgme

​The Metropolitan Police has taken the unusual step of releasing footage of the incident, including graphic pictures of PC Outten covered in blood from wounds to the head and hands.

Police officers and members of the public reacted angrily on social media when Rodwan was acquitted of attempted murder.

Rodwan, who was living in Luton at the time of the attack, was convicted of grievous bodily harm with intent and possession of an offensive weapon.

In the Rodwan case, his defence appeared to be that he had the machete in his van for a gardening job.

Therefore, although the jury clearly found that he did go on to use it offensively, they may not have been sure that he intended to do so before the moment arose. pic.twitter.com/RXbTyp9eKj

​Twitter users were outraged on Thursday, 23 January, when it emerged that the jury had not been aware of Rodwan’s previous convictions.

In 1982 he was jailed for three years for rape and 15 years later he was convicted of wounding with intent after attacking two people with a machete.

Under English law juries are usually forbidden from hearing about a defendant’s previous convictions for fear that it will unfairly influence their verdict.

The prosecution suggest this is a top category offence, that Rodwan landed six blows with the machete which was much more than was needed to commit the offence. Defence said category 2 - PC Outten used 'excessive force' in the attempted arrest, they say.

​The trial heard that when Rodwan was brought to a police station after his arrest on 8 August last year he told the custody sergeant: “My life is worth more than his life.”

At the sentencing hearing on Friday, 24 January, Rodwan’s barrister tried to persuade the judge he should get a lower sentence because he claimed PC Outten used “excessive force” in attempting to arrest him.

The judge, Mrs Justice Carr, told Rodwan: "I detect not a shred of remorse or insight on your part, but rather belligerent arrogance, typified by your comment when charged that your life was worth more than that of PC Outten."

The trial heard that when Rodwan was stopped by police he began arguing with PC Outten and his colleague PC Helen Brooks.

WARNING: The Following Video is Graphic and May Offend Sensibilities

His heroism was demonstrated when he said he would have returned to work the next day despite his injuries#Hero 👏 pic.twitter.com/tZgYlKdoF2

​He punched PC Outten in the face and when the officers tried to arrest him for assaulting a police officer he returned to his van and brought out the machete, which had a 19 inch blade and had been specially sharpened.

The jury heard that PC Outten eventually managed to incapacitate Rodwan with his Taser but suffered dreadful injuries.

PC Brooks managed to kick the machete away from Rodwan, who was arrested when police reinforcements arrived.

PC Outten suffered a fractured skull, broken fingers and several deep wounds in his right arm, said: “What happened that day will always stay with me, I’ll always have that memory of how a plain and simple job can escalate into you having to fight for your life.”

He said: “I’ve been Taser trained since 2013 and luckily my training kicked in. When the first shot didn’t work, I remember thinking that if the second one didn’t work, that would be it and I’d be dead, but thankfully it did.”

Detective Chief Superintendent Richard Tucker said: “This frenzied, brutal attack on PC Outten is a stark reminder of the dangers London’s officers face and confront every day to keep the public safe and tackle crime.”